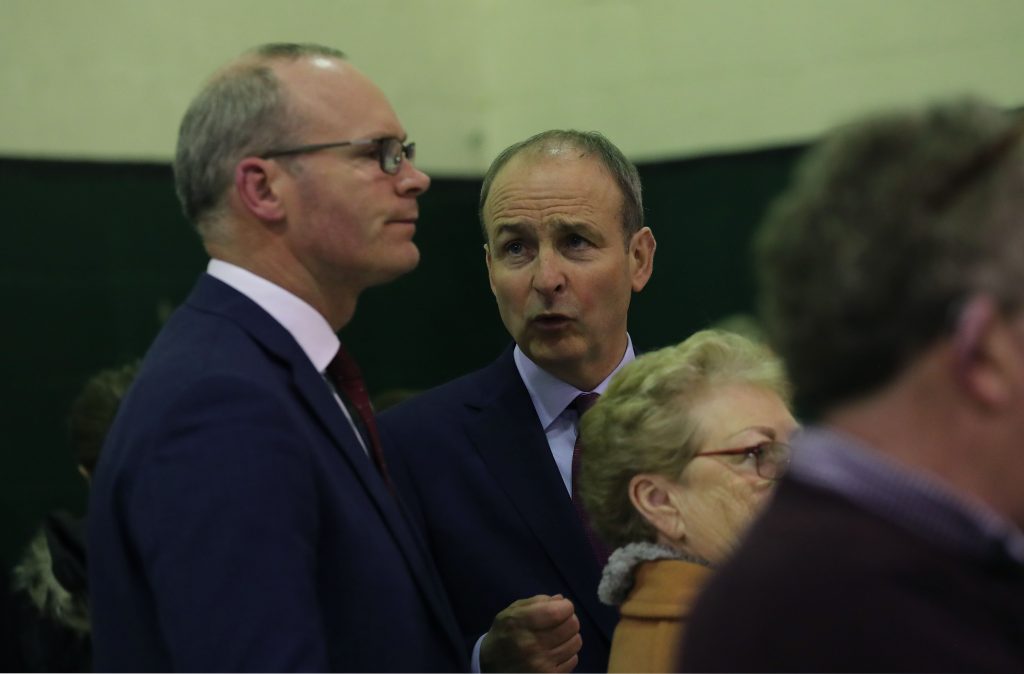 Home Thoughts from Away

Sinn Féin remain in the spotlight, but the ultimate decision remains with Micheál Martin. As Fine Gael will not do business with Sinn Féin, no Government can be formed without Fianna Fáil. They are the fulcrum of the whole process. So his decision — so long as he remains in control of his own party — will determine who governs the country.

Why should that be so, after an election in which Sinn Féin is said to have won and Fianna Fáil to have lost? Sinn Féin got most votes and had the highest swing of votes towards them. But in a political world where no party got more than 25% of the vote, no one should be singing that ABBA song about winners: only by having a majority of votes in Dáil Éireann can you take it all.

Sinn Féin leading a left Government does not have those votes. How you get a majority is now the only question, and without Fianna Fáil’s votes, used by them to form one or unused by them to allow one, no one can become the Government.

For those reasons, the questions remain as to what Micheál Martin will, or perhaps more accurately can, do.

Broadly, he has four options. First, allow Fianna Fáil to enter Government with Sinn Féin, an option he continues to set his face against. Second, create a new minority Government either led by himself with support from Fine Gael and others, or allow Sinn Féin to govern in this way with support from Fianna Fáil. Third, allow the process of Government formation to fail and have another election. Fourth, form an essentially anti-Sinn Féin coalition.

Which one is most likely to come to pass? A good way to think about a question like this is to apply the Sherlock Holmes principle of deduction: “When you have eliminated the impossible, whatever remains, however improbable, must be the truth.”

The first option of a Fianna Fáil/Sinn Féin Government he has again thrown cold water on, but these are early days. Could he possibly do this, given what he has said about it time and again in the past? People will think, bah, these are politicians’ promises and those can be made and unmade in the light of events, but this may misunderstand the nature both of this promise and of Micheál Martin. Why is it so hard for him to do it? If he broke his word now, he would do untold damage to his party and his credibility as a leader.

Notwithstanding this poor election, Micheál Martin can with some justice see himself as the person who saved Fianna Fáil in 2011 from total collapse and even eclipse. A historian himself, the historical weight of a move of this significance will sit on his shoulders.

Now, of course, we need a Government, and Sinn Féin being denied the chance to form one will energise and perhaps grow their supporters, so this will be occupying his mind too. With that in mind, he might conclude that he personally can’t do it and hand the reins over to a new leader — or colleagues might ‘hand them over’ for him.

But there are issues with that, the first of which is it will take a long time to elect a new leader of Fianna Fáil. Even if that timing issue could be overcome, the new leader would be largely unknown in the country, whoever they are. For such a person to emerge, claiming suddenly to be a candidate for Taoiseach in a coalition with Sinn Féin after a general election in which they were not leader, would stretch political credibility beyond breaking point. Many people would conclude that this person would have no legitimacy for such an enormous political move. Those realities should keep Mr Martin in his seat.

Now following the Sherlock Holmes principle, all of that makes Fianna Fáil going into Government with Sinn Féin fiendishly difficult, but not impossible. It is Sinn Féin themselves who are likely to move the dial towards impossibility: if they persist in their — understandable — claim to make Mary Lou McDonald Taoiseach, surely no Fianna Fáil leader could ever sign up to that? Or has the world changed so much that Fianna Fáil would surrender before the battle has even begun?

And all these issues are before the wide range of — genuinely massive — policy and other considerations which would have to be worked out in such a Government.

Option 2 is the minority Government either led by Fianna Fáil or which they allow Sinn Féin to run. Leaving aside Sherlock Holmes, to assess this option we must consult another oracle of wisdom — Oliver Hardy. Another minority government would widely be seen as ‘another fine mess you’ve gotten us into’, so if not technically impossible, it is a very long shot — however much Fianna Fáil spokespeople will advocate it in the coming days.

Option 3 is another election, but would Fianna Fáil really go for that? Sinn Féin would campaign, with credibility, for 50 seats. Would the fact that they have shown they can win so many seats already just unlock even more support for them? This is likely, as so many people like to support the winning team, an impulse in Irish people that Fianna Fáil used to their great political advantage from 1932-2011.

So that leaves option 4, an anti-Sinn Féin coalition (though they wouldn’t hardly call it that). This is a long shot but only arises because Sinn Féin made the huge mistake of not running more candidates and winning the 45 seats, which would have made it impossible.

This option would involve Fianna Fáil and Fine Gael crossing the Rubicon of their fundamental similarities and forming a Government, augmented by generous offers on key issues and portfolios to get the Greens and the Social Democrats on board. To Fine Gael, you offer the threat of Sinn Féin in Government and the carrot of Simon Coveney staying in Foreign Affairs. Martin also said he would not govern in coalition with Fine Gael, and so this decision would sting, though not as much as it would with Sinn Féin, and give Sinn Féin a great opportunity in opposition. But with 91 seats on offer, it would be five years of stable Government, ready to face Brexit, and with time to try to fix the housing and health problems which bedevil the country.

To have any chance, such an option has to come right at the end of the process, when the large majority who did not vote for Sinn Féin become increasingly concerned about what they might do in Government, and when the reality of Brexit focuses our collective political goldfish mind on the potential disaster happening right in front of us.

This is not a prediction, but it is a logical outline of how the process might work out. As is the case in politics elsewhere, logic doesn’t have much to do with Irish politics these days. But, logical or not, there are only four possibilities — and one will have to come to pass.

Hospital manager: ‘We are preparing for the absolute worst but we hope it won’t come’