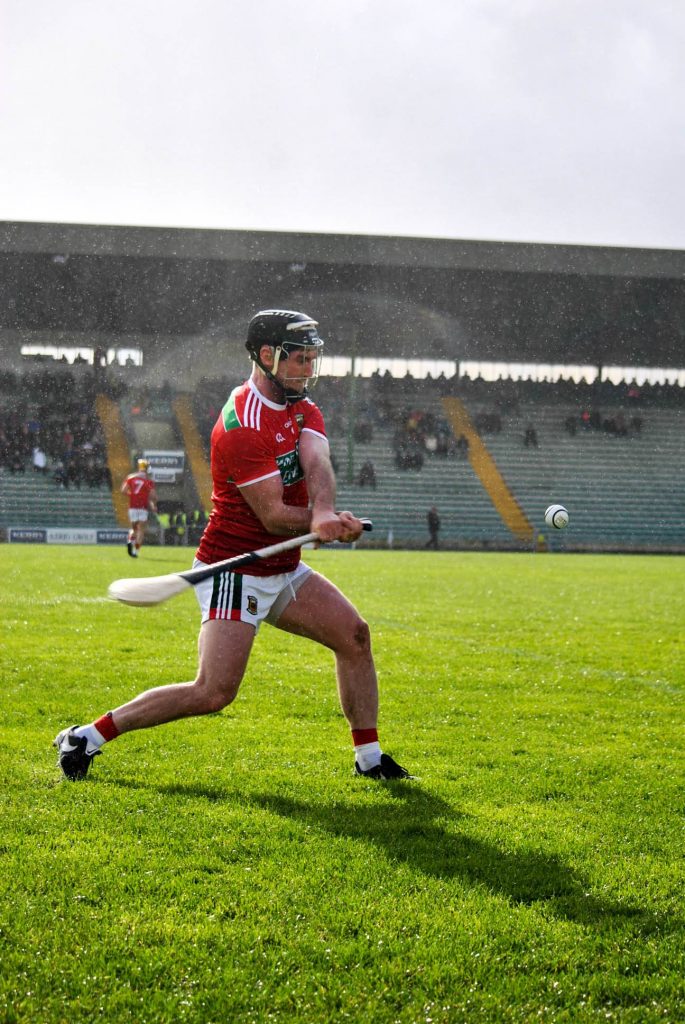 Cathal Freeman and his Mayo teammates will pit themselves against Offaly on Sunday in Division 2A of the Allianz Hurling League. Pictures: Ciara Buckley

It’s over a quarter of a century since Mayo were mixing it with Tipperary, Waterford, Dublin and their likes in Division 2 of the National Hurling League and on Sunday they’ll play another one of the small ball’s traditional strongholds as Offaly come visiting to MacHale Park.
The Faithful County have taken quite the tumble since their heady All-Ireland SHC winning days of the 1990s but they’ll pose a formidable challenge nonetheless to a Mayo side who have lost their opening three matches of the Division 2A campaign.
The Green and Red are rooted to the bottom of the table after their defeats to Kerry, Antrim and Wicklow and are now the only team in the division without a win.
“It’s not every day Mayo come up against Offaly so we’re looking forward to it,” manager Derek Walsh told the Western People earlier this week. “We’re only trying to improve every day and we know our limitations. Offaly are a very good team and are going well in this league but we’ll just be trying to be as competitive as we can,” he said.

Mayo have introduced a number of new players during the League campaign to date and Walsh alluded to the fact that the primary goal is to build a team capable of having a good run in the Nicky Rackard Cup later in the year.
“We’re trying to build a new team here for championship so that’s our biggest aim at the minute,” stated Walsh.

Despite a six-point half-time deficit, Mayo had fought their way back to within a point of Wicklow last Sunday early in the second half, but the form of Wicklow full-forward Andy O’Brien over placed balls and some wayward finishing meant Mayo failed to ever draw themselves level in what was viewed as a must win game regards their aspirations of remaining in 2A. In attack Eoin Delaney, Cathal Freeman and Shane Boland were Mayo’s chief score getters, while Stephen Coyne had a ding-dong battle with O’Brien in defence.
Bitterly disappointed to lose, Derek Walsh was nonetheless proud of his team’s efforts.

“Very happy with the performance, the work rate, the effort we put in, but yeah very disappointed to lose,” said Walsh after the match.

There were several major big turning points in the game, such as Cathal Freeman’s converted penalty and the dismissal late on of Wicklow’s Jack Doyle on a straight red, but Walsh pointed to the concession of the goal shortly before half-time as being pivotal in deciding the game’s outcome.
“We had the ball in our own half-forward line and turned it over and it was kind of a sucker punch of a goal and that was what was the difference in the end.”