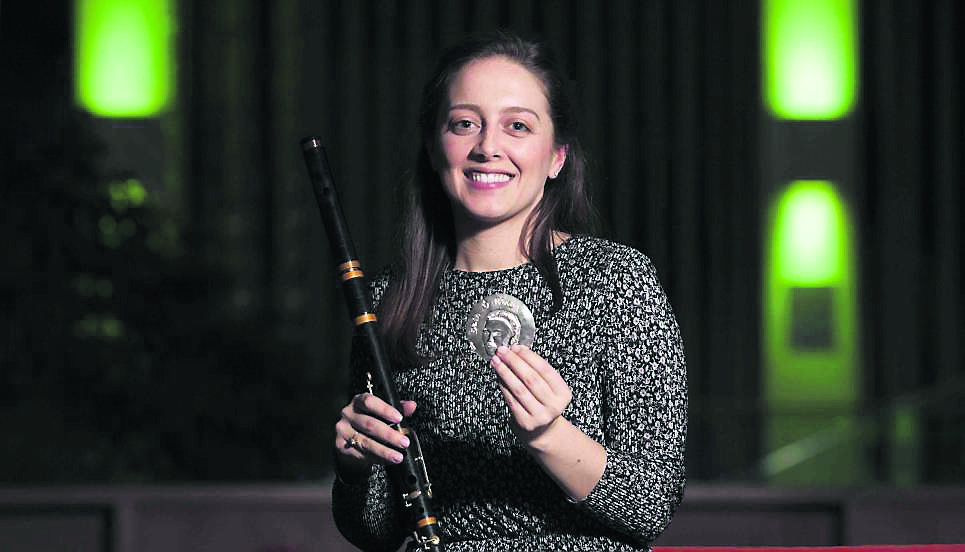 Mayo flute player Jillian O’Malley has won the prestigious Seán Ó Riada Gold Medal. The Louisburgh native did so at the final of the competition held in the Rochestown Park Hotel in Cork. The competition was presented by Peadar Ó Riada live on RTÉ Raidió na Gaeltachta.

Jillian started playing whistle when she was just five years old, an instrument she has a lot of respect for and one she feels often gets overlooked. She has won many awards down through the years, including the All-Ireland Fleadh Cheoil titles on flute and slow airs on whistle. She is very involved with the annual Féile Chois Cuain traditional music festival in her hometown. As well as traditional music, she’s also a beginner on saxophone!

Jillian is a freelance translator, currently living in Carrick on Fergus in Co Clare. She will be taking up a translation position in the EU in Brussels in April.

Esteemed musicians and judges Michael Tubridy, Mary Bergin and Gary Hastings were united in their decision on the winner.

“The music came very naturally to Jillian. It was clear that she was really enjoying playing for us and the music had great lift and energy.”

Jillian said she was thrilled with her win.

“Tonight has been a very special night. I had the opportunity to share the stage with some fantastic musicians, and to perform my music on a national platform, and it’s an honour to take home the gold medal.”

Jillian was presented with the prestigious Seán Ó Riada Gold Medal and €2,500.

Comhaltas Ceoltóirí Éireann, Gael Linn, Iontaobhas Fódhla, IMRO and the Rochestown Park Hotel are the other sponsors of the competition.