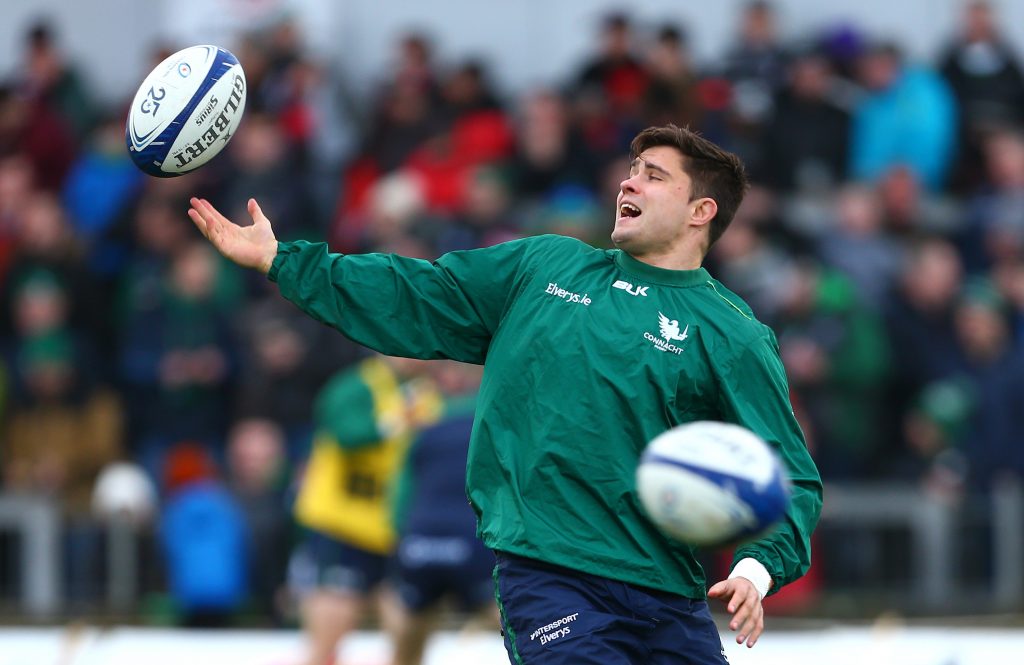 Dave Heffernan returns from the Ireland squad to take his place in the Connacht team for Saturday’s clash with Cardiff Blues.

Ireland international Dave Heffernan has returned to the Connacht starting team to face Cardiff Blues at the Sportsground on Saturday. The return of the Mayo man, and that of fellow Irish international Ultan Dillane, is a timely boost to Andy Friend’s side as they prepare for a crucial inter-conference clash that could have a huge bearing on qualification for the knockout stages of the Guinness PRO14.
Ballina native Heffernan, who picked up a 2019 Western People Mayo Sports Stars award last month, comes into a front row alongside props Paddy McAllister and Finlay Bealham. Dillane’s inclusion sees him line up alongside the impressive Gavin Thornbury in the second row with Quinn Roux still unavailable through injury.
With Bundee Aki still unavailable due to international duty, Peter Robb and Kyle Godwin are selected as the midfield partnership. In the back three Tiernan O’Halloran is selected at full back with Matt Healy and John Porch on the wings.
In the back row, Captain Jarrad Butler starts at number 8 with Paul Boyle and Colby Fainga’a at blindside and openside respectively.
Kieran Marmion and Jack Carty continue as the half back pairing with Caolin Blade and Conor Fitzgerald available off the bench.
“The break over the past few weeks has come at a good time for the squad,” believes Connacht Head Coach Andy Friend. “It allowed time for a few injuries to clear up and gave some recovery time to others that had played a lot of minutes over the thirteen week block of games. They boys are ready to go now and know the importance of the next three games in the context of our season.”

“With Connacht and Cardiff in the same conference this game becomes even more important. A win in this game last season ultimately qualified us for the knockout stages of the Pro14 and for a spot in the Champions Cup. I’m sure they will be keen to turn the tables this season so we face a huge battle on Saturday”, Friend added.