Celtic on the crest of a wave 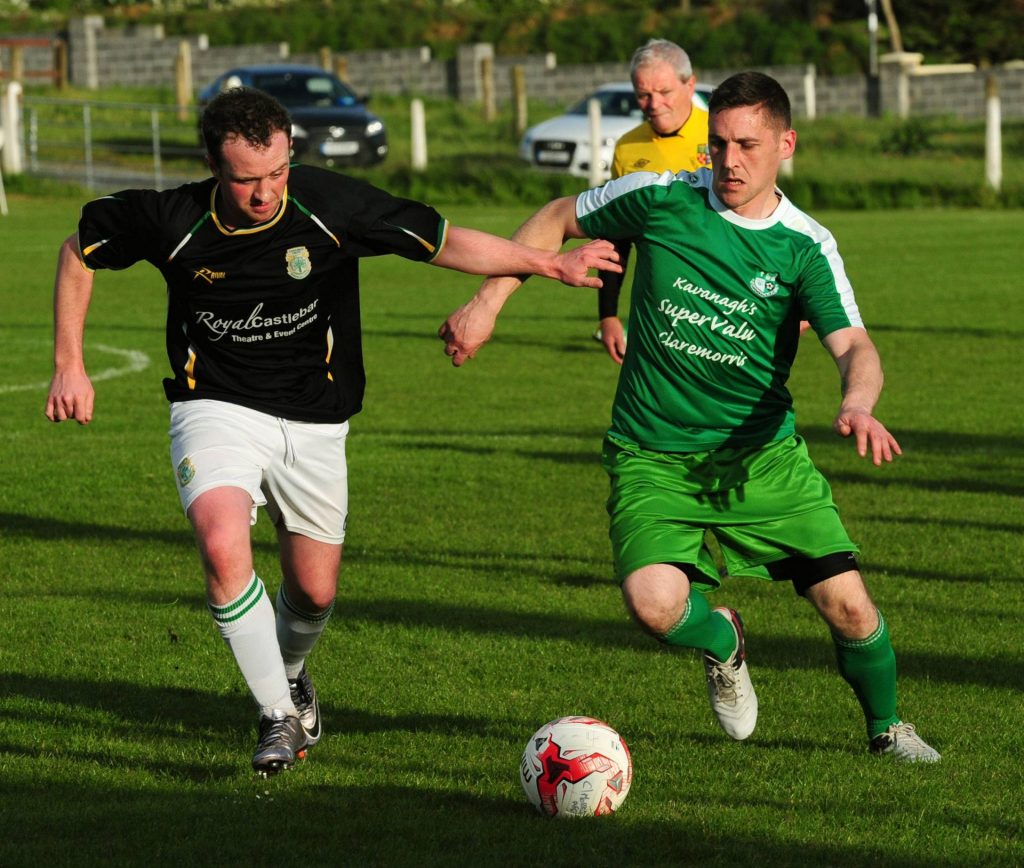 Following their trip to Glasnevin, where they got the better of Tolka Rovers, Castlebar Celtic are back on home turf to take on Gorey Rangers in Round 7 of the FAI Junior Cup this Sunday. They will be hoping to become the second Mayo League team to make it to the quarter-finals of the competition, with Westport United having already qualified with their recent 1-0 win over Newpark, courtesy of a Darren Browne penalty.

“In one sense it has given us a push to go on and join them, but in another way, we weren’t really thinking about them. It gives you that little boost to join and possibly join them,” said Castlebar Celtic centre-back Ioseph O’Reilly this week.

“The boys would love to draw Westport. Out of any set of clubs in Mayo, it’s probably the biggest rivalry and it would mean there is definitely a Mayo club in the Junior Cup semi-final.”

Gorey Rangers represent a different challenge to that of Westport or any of Celtic’s other Mayo League rivals. They currently sit in the top three in the Wexford League. A standout danger-man for the Leinster side is Dylan Vickers, who netted a hat-trick in Round 6 as Gorey ran out 4-0 winners over Cashel Town from Tipperary.

O’Reilly said his team will be focused entirely on playing their own game against a team who are a largely unknown quantity for Celtic.

“We just take every game as it comes. We prepare for every game the same, no matter who we play against. We come in for training on a Tuesday and knuckle down and set ourselves up for how we’re going to play on the weekend and get to work on it,” he offered.

“We’ve got the most depth in the squad that we’ve had for a long time and it’s a big part of why we won the Super League. Everyone knows every position and when called upon, they go and do a job. For example, I played with a few different players at centre-half over the past year like Stevie Ryan, Cathal Coyne, Abdul Wahab and now Aidan Walsh has come in the last few games.

“It’s nice to get the likes of Johnny Walsh in with us from Snugboro and Stevie Gavin has signed back with the club. Danny Kirby is another who signed back with us last year and didn’t get to play a lot but this year he’s keen and wants to get playing again,” he continued.

O’Reilly was a key component of the team that delivered Celtic’s first Super League title for eight years last season, as they cruised to the title in dominant fashion. He said this achievement has spurred them on to go out and achieve further success in competitions like the FAI Junior Cup and the Connacht Cup.

“We’ve gone and gotten over that hump of not winning the Super League for a couple of years and now that we’ve done that, our general consensus is to go and show we can do it in Connacht and further afield, to get people thinking about Castlebar Celtic again,” he said.

“We’re absolutely buzzing. Everyone’s on a massive high and it’s nice to be playing in the final rounds of this competition again. A few of the lads are young and new to it, compared to us older lads, so they’re all flying high, full of confidence and in general there’s a good feeling around the dressing room and the club.”

“The lad has just been on fire the past year and it’s continuing every game, he literally can’t stop scoring goals. He was up above 50 goals in all competitions last year and he’s the key focal point of how we play,” said O’Reilly of Loftus.

And Celtic’s other goalscorer in that game? O’Reilly himself, on a rare venture upfield from his defensive duties.

“Once a year I score, so it was nice to get it early in the year this year!” he said with a laugh.

Kick-off at Celtic Park on Sunday is at 2pm.