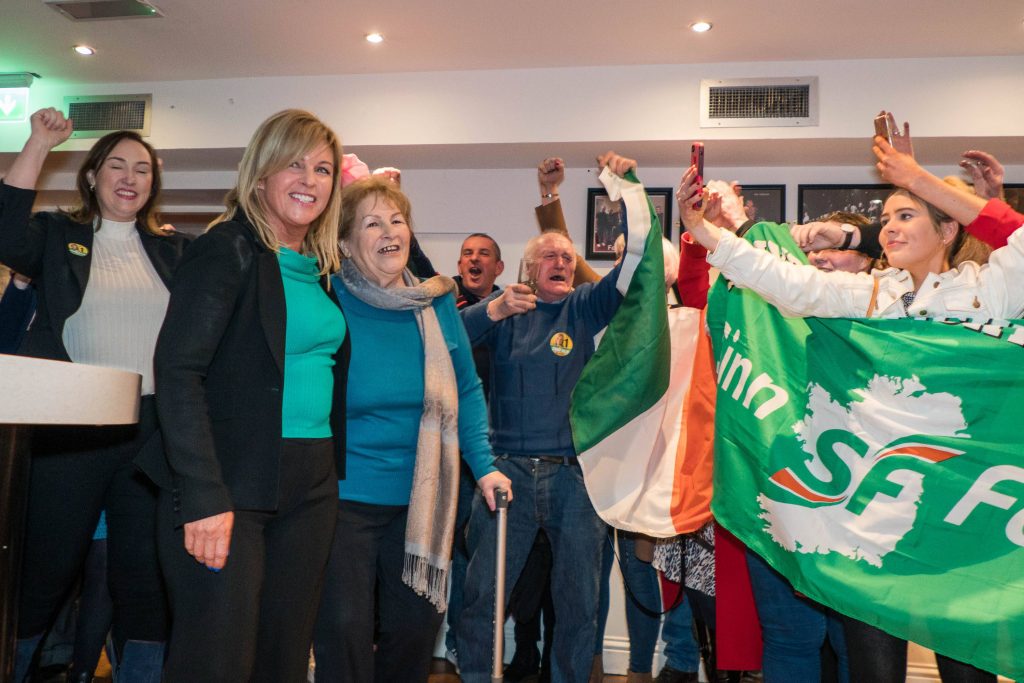 Rose Conway-Walsh and her mother Philomen at the General Election count centre in the TF Royal Hotel in Castlebar. Picture: Keith Heneghan

The Sinn Féin surge was felt to the fullest in Mayo.

Rose Conway-Walsh is one of the major success stories of the 2020 General Election. The Erris Senator was elected on the first count last Sunday evening. The Sinn Féin candidate amassed 14,633 first preference votes and made it over the line just 163 votes shy of poll topper and red-hot election favourite Michael Ring. She took more than 20 per cent of the overall vote in the county.

While the major swing towards Sinn Féin was undoubtedly a factor in the former Senator’s incredible performance, the Erris woman will perhaps feel that her time was coming regardless of national trends.

Conway-Walsh was one of the most impressive performers in the Upper House and was long regarded as one of the county’s top councillors prior to her Seanad ascension. An unflappable and forthright operator, Conway-Walsh will now be determined to make her mark in the Dáil.

It was a case of third time lucky for the Ballycroy native who had fallen short in the previous two general election campaigns.

She hoovered votes all over the county. She can take particular relish in her dominance in her home constituency in Belmullet where she surpassed renowned Erris vote-getter Ring and commanded more than 40 per cent of the vote.

Conway-Walsh won out in Swinford with more than 26% of the vote, she only finished behind local candidates Dara Calleary and Michelle Mulherin in Ballina and won the hearts and minds of over 3,000 voters in Castlebar. She was only behind Michael Ring in Claremorris and Westport.

Prior to this election result, Sinn Féin had been at a low ebb in the county. Last year’s local elections saw just a single councillor (Gerry Murray) elected but the party will now be hoping for a Rose revolution at local level.

There will also be whooping and hollering in Erris where the North Mayo region has been without a TD native to the area since Fianna Fáil’s Joe Lenehan lost his seat in 1973.

The new TD said she delights in ‘proving people wrong’.

“People always said it couldn’t be done by someone from Erris because we had too small a population and all that but I set about working 17 years ago across the county. To work on behalf of people and I think people recognised it,” Rose Conway-Walsh, said at the TF on Sunday evening.

The former Senator said she could sense her time was coming whilst on the campaign trail.

“I knew out there that people wanted change. I knew from the first day I started the canvas here in Castlebar and it took me two hours to get down Cavendish Lane. I knew that something momentous was happening and today we have created history. It’s been 1927 since we have had a Sinn Féin TD elected in Mayo and we haven’t had a TD from Erris for half a century. It’s a good day today and I want to thank everyone who voted for me,” said the Ballycroy woman who heaped praise on her directors of election and fellow candidates.

Conway-Walsh said the people of Mayo threw off the shackles of traditional voting patterns and embraced change.

“I particularly want to thank people who traditionally voted FF and FG and whatever they might have voted and what their families before them voted. They changed this time and they had the courage to change and I always admire that in a person,” she stated.

“To see people in Mayo standing up and saying, ‘no we are not going to do what we are told’, and take back the power. For me, as someone who works in the area of community development, that’s really exciting,” said the new TD.

She believes her election victory can leave a lasting mark on the political landscape in Mayo.

“I think it changes things forever now but it will be up to me and my team to work very hard but it does change it. One of the big faults of rural Ireland, I think all the time, was people were so predictable…….we need to be more unpredictable and certainly this time Mayo people have been unpredictable,” said Conway-Walsh.

Two more deaths in West of Ireland from Covid-19