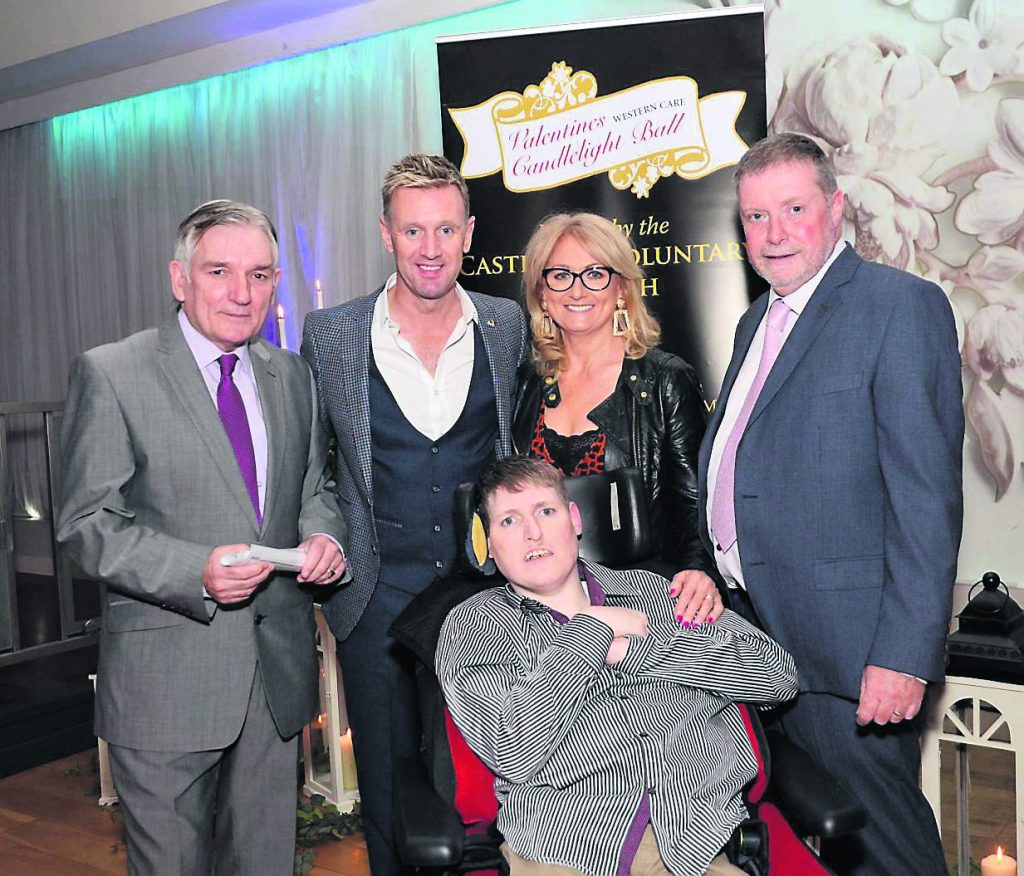 Mayo GAA All-Star Paddy Durcan has been announced as the guest speaker for the 20th Valentine’s Candlelight Ball, which takes place in Breaffy House Hotel and Spa Resort on Saturday next, February 15, in aid of Western Care Association.

The Castlebar Mitchels’ player has a close association with Western Care and is looking forward to addressing attendees at the ball.

“Western Care Association is an organisation that is close to my heart. My brother Gary receives services from Western Care and our family have experienced first-hand the extraordinary work that is carried out by the staff who support Gary.

“This fundraiser is vital for raising much-needed funds which bring untold benefits to adults and children with learning difficulties right across Co Mayo. I’d like to congratulate the organisers on keeping this alive for 20 years and I’m looking forward to joining you on the night.”

Chairperson of the Castlebar Voluntary Branch of Western Care, Dara Dunne, said he was delighted that someone with such a high profile and strong link to Western Care as Paddy Durcan would be speaking at this year’s 20th annual ball.

“Paddy Durcan is a household name in Mayo. He is a true leader and we wish him and his teammates every success in their endeavours on the pitch in 2020. We are really looking forward to welcoming Paddy to the ball and we’re honoured that he has accepted our invitation.”

Speaking at the launch Mike said: “I’m delighted to be launching the 20th annual Valentine’s Candlelight Ball in aid of a great organisation – Western Care Association. Put Saturday, February 15 in your diary in Breaffy House Hotel and Spa Resort. Don’t miss out, it’s going to be another great night and all for a great cause.”

Once again the event’s main sponsors are Brendan and Julie Chambers together with the other sponsors Abbey Breaffy Nursing Home, Broadhaven Healthcare, Corrib Oil and many businesses from across the county who support the ball.