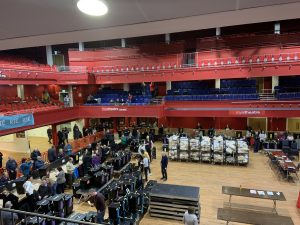 With all boxes open in Mayo, the completed tally shows that Fine Gael’s Michael Ring is narrowly ahead of Sinn Fein’s Rose Conway-Walsh by just 60 votes. Ring took 14,523 votes to Conway-Walsh’s 14,463, with the pair taking 45% of the overall vote between them.

As of these figures, it looks set to be a three way battle for the fourth seat, with Ring and Conway-Walsh on course to pass the estimated quota of 12,770 and Dara Calleary far enough ahead to be comfortable for the third seat.