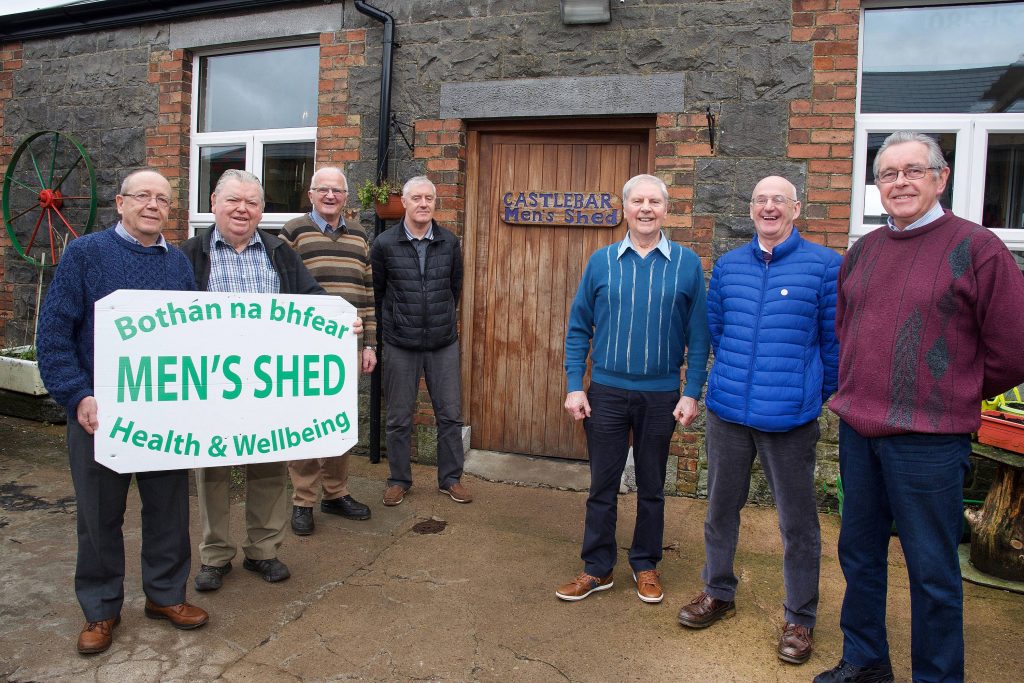 The Men’s Shed Movement has enhanced the lives of thousands of men all over Ireland.

The Castlebar Men’s Shed, founded in 2012, is one of the leading lights of the organisation in Ireland.

The Shed environment is not often one where politics rears its head, but several of its Castlebar members spoke to the Western People ahead of Saturday’s election about some of major issues, Government failings, and potential surprise packages in Mayo.

The ‘Grey vote’ and pension reform has become a battleground during this general election.

“The whole thing about the pension age wasn’t thought through from the very beginning and they still haven’t come up with an acceptable answer,” said Shed Secretary Joe O’Grady.

“It only gets serious when they want our vote” added outgoing chair Martin Flatley.

“It’s generally something you don’t foresee that comes up in an election campaign and it can tilt the whole thing. It seems to be pension age on this occasion which we would never have thought a month ago,” said vice-chair Joe Fenton.

The members said a disenfranchised west of Ireland is crying out for someone to grasp the region’s real needs.

“If the politicians want to make a proper point, they need to get down and dirty on proper issues. Whether it’s planning permission, whether it’s cutting turf off the bog, or forestation or climate change.

“If they came down and started talking to the people about this then we might be interested and we might listen. But they are not, they use the big words and have the big manifestos but that doesn’t relate to us on the Western seaboard,” said Martin.

“Apart from maybe the Greens, they all seem to be missing out on targetting younger people. Talking to my grandchildren and other young people, they have a huge interest in this election,” said Sean.

The men would not be surprised to see a shift in the balance of power following the weekend’s election.

“I think to some degree the Civil War thing of Fine Gael and Fianna Fáil is slipping a bit,” said Joe Fenton. “Somebody new will get a crack at it at some stage. A left-wing twist is going to start coming and it could make or break us in my opinion,” he added.

If anyone can upset the established order here in Mayo it is likely to be Sinn Féin’s Rose Conway-Walsh or the Green Party’s Saoirse McHugh.

“I think how Rose Conway-Walsh fares will be interesting to see because Mary Lou McDonald has had a fairly prominent showing in all of the debates. She [Conway-Walsh] might be placed but it’s going to be hard,” said Joe Fenton.

The Castlebar Men’s Shed has had to dig in to find and renovate their current premises. Rising insurance costs and the struggle to secure infrastructure and accommodation are amongst the pressing issues threatening the organisation.

They point to a failure to fully appreciate and embrace the movement which has grown out of the death of some of the more traditional forms of social interaction.

“Men’s Sheds are growing so much because all of the meeting places are gone. The post offices are gone, the local shop, the bank, the pub,” said Martin.

The Men’s Shed has stepped into the breach when communities faltered and governments have failed to take into account the needs of an ageing population.

“Life used to be divided into two sections. You had your youth and your working life. Now it is three because people are living longer, You have this third section now that is not being catered for,” said Shed member Gerry McDonagh.

“Men’s lives are changing. They live longer and they are thrown on the scrapheap sooner. We are social animals and the Men’s Shed provide companionship.

“There is more of a need to mainstream Men’s Sheds if you want to prevent mental or physical health deterioration.

“The Men’s Sheds are offering a logical and preventative approach as opposed to waiting until you go down to the hospital. And we all know men resist the white coat brigade,” added Martin.