MacHale Park is not home-sweet-home for Mayo boss Leahy 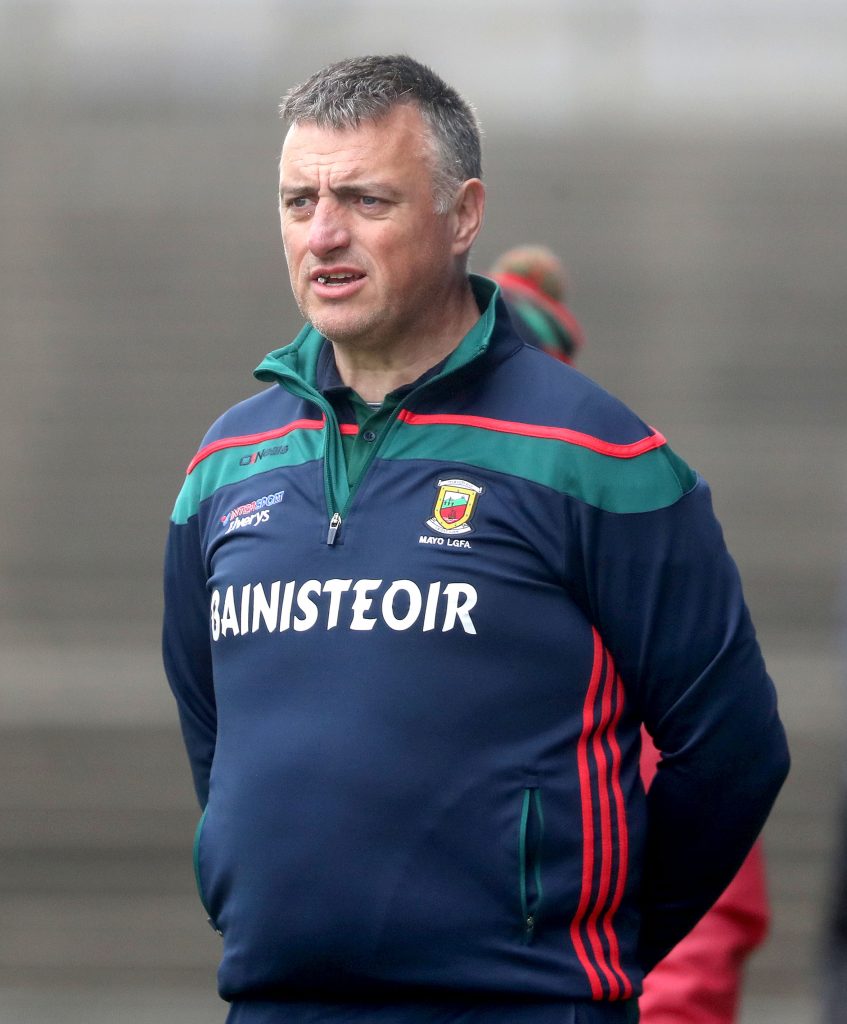 Peter Leahy is happy to be leaving MacHale Park for the more familiar surrounds of Swinford this Sunday.

It’s not every Mayo manager who would rather his team didn’t play in MacHale Park, but then Peter Leahy isn’t one who conforms to common opinion just for the sake.

Great strides in promoting ladies football have been made in recent years – and the increasing number of double headers involving men’s and ladies teams from the one county has introduced a new audience to one of the fastest growing games in the country. But it’s not without its impact believes Leahy.

“These occasions are fantastic for the game but not fantastic for us,” he said in the wake of Mayo’s five-points to Dublin in Castlebar last Saturday. His team were playing ahead of the men’s clash of the same two counties.

“We seem to stutter on these occasions and this is like an away venue for us. When you get an opportunity to play a double header, it is good for the game itself but for the actual team, it’s not so good.”

The defeat came just a week after the Green and Red had opened their Division 1 campaign with an impressive 4-7 to 2-9 win over Donegal in Swinford. Remarkably, they will have home advantage for the third week running this Sunday when returning to Swinford for a Round 3 clash with Waterford (2.30pm).

Having not trained in between the Donegal and Dublin matches, the Mayo team is due to train this Friday night and Peter Leahy says there’s much to work on.

“We were trying to do things in our movement before we even got the ball at times and that’s maybe nerves, maybe the type of occasion it is, maybe we were a little in awe of the All-Ireland champions,” he remarked following the 0-12 to 0-7 defeat to the Dubs. “I thought we showed too much respect in the way we stood off them. These girls are resilient and they take responsibility when they don’t play the way they are capable of and letting the occasion get to them.

“Our basic skills were horrendous to say the least. We hand-passed the ball to ground, we didn’t pass to where we should, we never came off the shoulder with our kick-passing, our free count was terrible and our own shooting at goal was abysmal, so many aspects of it were poor.

Despite the defeat, Peter Leahy remained upbeat about the fact he was able to hand inter-county debuts to six players, including Saoirse Lally, a 17-year old right corner back from Westport. There was a second start for Alannah Duffy from Hollymount and a second half appearance for Maria Cannon.

“We’re trying to try out as many players as we can. At this stage of the league, there’s very few players who can play a full, competitive, 60-minute game. Dublin were the same, it’s just not possible when we’re still essentially in pre-season,” he remarked.