Breaffy to double up in Dingle 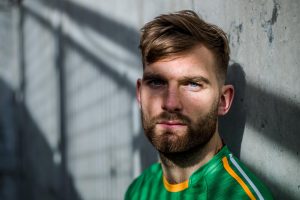 Mayo footballer Aidan O’Shea has been credited with much of the groundwork that is to see his own Breaffy GAA Club send both men’s and women’s teams to take part in next month’s Comórtas Peile Páidi Ó Sé 2020. They will be two of 36 club teams descending on the rugged Dingle Peninsula in Kerry from February 21 to 23.

In what is the 31st edition of the football festival founded by – and continued in memory of – legendary Kerry footballer Páidi Ó Sé, there is set to be some stiff opposition for Breaffy’s men who are newcomers to the tournament. They are to take part in the Dermot Earley senior men’s cup, with Dingle back to defend their 2019 title against other local West Kerry rivals Annascaul and host club An Ghaeltacht. But Breaffy aren’t the only first timers heading to the competition, with Cork’s Kiskeam, Westmeath’s Mullingar Shamrocks, Crosserlough from Cavan and Armagh’s Granemore GFC, all attempting to leave their mark as well.

Breaffy’s ladies are to play in the Junior cup and will be up against three Kerry sides, namely Ballymacelligott, Annascaul and Finuge/St Senan’s, as well as 2019 Comórtas junior champions Ballyboden St Enda’s of Dublin.

“We are thrilled to have Breaffy,” says Comórtas chairman Pádraig Óg Ó Sé . “We worked with Aidan O’Shea to make it happen and the club continues a long connection that the tournament has with Mayo. Páidi’s idea to expand the tournament beyond senior men’s teams back in 2009 was visionary and he would be proud to see so many clubs getting involved year on year, all wanting to experience all that is good about the GAA.

“We are pleased that the tournament continues to be one of the most talked about GAA events in the calendar and we wish all clubs a safe and enjoyable experience,” added Ó Sé.