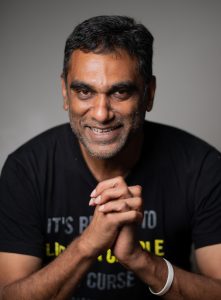 His lecture will be followed by a discussion between himself and Mary Robinson, led by journalist Olivia O’Leary.

Kumi Naidoo’s lifelong work as a social justice campaigner began as a young man living under South Africa’s apartheid regime. Embedded in local community activism, his anti-apartheid activities led to his multiple arrests and forced his ultimate exile to England, was sparked by his experiences as a young man of South Africa’s notorious apartheid regime.  Deeply embedded in activism in his local community, his anti-apartheid activities led to multiple arrests and his ultimate exile in England, where he was a Rhodes Scholar at Oxford University, earning a PhD in Political Sociology.

Inspired by Nelson Mandela, Mr Naidoo has, in turn, inspired many as a leader, an activist and a voice for change in education, development and social justice – most notably during his time at Greenpeace International, with Africans Rising and Amnesty International.

The lecture is free of charge. For more information or to reserve a seat please visit the Mary Robinson Centre website or call the centre on 086 8093965.