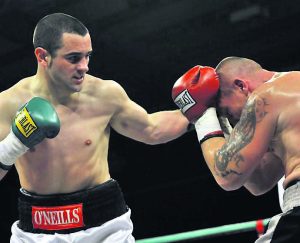 On the night of Saturday, January 30, 1971, the great and good of the Mayo sporting universe gathered in the Downhill Hotel in Ballina for the inaugural staging of a new type of sports awards.

The Sports Stars Awards, as they were christened, were established by the editorial staff of the Western People to honour the brightest sporting talents in the county over the previous twelve months. That first staging of the awards had only seven winners, including the prestigious Hall of Fame award.

The winners were Jimmy Bourke from Currabaggan (for horse racing), Sean McLoughlin from Westport (soccer), Brendan McDonagh from Claremorris (boxing), Ray Prendergast from Castlebar (Gaelic Games) and, both for athletics, Patricia Flatley from Mayo Abbey and Frank Greally from Ballyhaunis (more on him anon).

The Hall of Fame Award was the most prestigious of the lot and that went to Gerald Courell, the legendary Ballina footballer who captained the first-ever Mayo team to win the National League title in 1933/34. The special guest on the night of the first awards was Micheál O’Hehir, then-head of sport in RTÉ and the definitive voice of the GAA.

Had you asked any of the 300-odd guests in the Downhill that Saturday night in 1971 whether the fledgeling awards ceremony they were attending would still be going strong 50 years later, you would have seen some raised eyebrows.

But here we are. This Friday night in Breaffy House Hotel, the Western People, in association with Ballina Beverages, will mark the golden jubilee, 50th anniversary of the Mayo Sports Stars Awards, with Ronan O’Gara as the special guest.

In this week’s edition of Game On, we run through the accomplishments of each of this year’s Sports Stars winners. 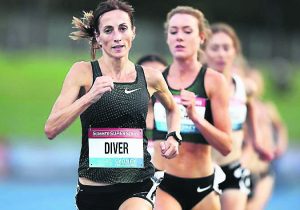 The number of winners has risen over the last half-century — from seven on that first night to 21 this year — but the standard has remained the same.

This year’s batch of winners includes European and World medalists, All-Ireland champions, and volunteers who have dedicated their lives to the service of sport in their local community.

We have an ironman, an ultimate frisbee superstar, footballers, boxers, runners and racers, and schools teams who have won multiple All-Ireland crowns. We have winners ranging in age from 12 to 70; we have the most even split between male and female winners that we’ve ever had.

We also have a wonderful connection all the way back to those first Sports Stars Awards in 1971. Frank Greally, who at the time was a promising 19-year-old athlete being recognised for a stellar cross-country season, has come full circle to this year join Gerard Courell and 48 other legends of Mayo sport as our 50th inductee into the Sports Stars Hall of Fame.

On Friday night in Breaffy they will be formally recognised and honoured for their achievements. Some are only at the beginning of their sporting journeys, and some are nearing the conclusion, but what unites them all is the honour and glory they bring to their communities and their county when they go out to represent us in the sporting arena.

On Friday night, these winners will join a list of Sports Stars that stretches back half a century and includes, by our rough county, over 700 athletes from across the spectrum of Mayo sport.

The history of the Sports Stars is effectively the illustrated history of Mayo sport over the last 50 years. Congratulations to our 2019 winners and here’s to the next 50.