The untold story of Michael Davitt and the Chinese Revolution 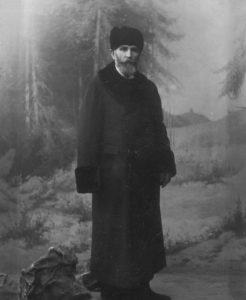 Michael Davitt in Russia in 1905, just a year before his death.
Fotoware

There is a considerable distance between the villages of Cuiheng in the province of Guangdong on the southern coast of China and Straide in Co Mayo yet the 6,000 or so miles which separate these two very different parts of the world are not so big a stretch when you look at the lives of the most famous sons, or rather ‘Fathers’ of these two places, and how they became interwoven at a time of revolution and uprising.

The connection between the ‘Father of the Land League’, Michael Davitt and ‘The Father of the Nation’ of the Republic of China, Dr Sun Yat-Sen, has been relatively unknown and unresearched until recently. However, when you look into the global scale of Davitt’s, this connection is not as baffling as you might expect.

Davitt wrote about the plight of the Boers in South Africa, about the struggles of the Jewish community in Russia, ventured to Australia and highlighted the situation of minorities in that country through his writing. He also had a connection to Glasgow Celtic Football Club, having been invited to lay the first sod on the new pitch at Celtic Park.

When you consider this reach in the late 1800s and early 1900s, it is not altogether surprising he had an influence in the making of revolutionary China.

Davitt’s connection with China is one the Michael Davitt Museum in Straide is beginning to see the benefits of as more and more Chinese visitors come to the museum to learn about the link between their own revolutionary and Mayo’s most famous son. There is currently a section of the museum dedicated to the correspondence between the pair and a short movie in Mandarin explaining the link. The museum’s curator, Yvonne Corcoran, says the goal is to put the focus on what Davitt achieved on an international scale and this strategy is proving successful so far.

“We get a lot of people who come in and say, ‘Michael Davitt and the Land League’, and that’s all they know about him but he was not just about the Land League. He travelled worldwide and we’re trying to take him out of the locum and internationalise him,” Ms Corcoran told the Western People. “That’s our vision for the future and it’s proving very fruitful thus far. Most of the Chinese tourists who come to Ireland come to the Cliffs of Moher or the Titanic and our plan is to divert them to Mayo and this museum is the key to it.

“Some visitors get quite emotional. I remember the first Chinese person who came to visit us in Straide about three years ago and she actually cried in the museum. She didn’t know about the connection and was amazed that this one-armed man from a tiny village in Ireland actually spoke up on behalf of Sun Yat-Sen.”

Sun Yat-Sen is revered in China as ‘The Father of the Nation’ and was named the new nation’s first president in 1912 after playing a leading role in the Xinhai Revolution, which saw the last of China’s imperial dynasties, the Qing dynasty, overthrown and the Republic of China established. Long before this, Sun Yat-Sen, a doctor by profession, had worked tirelessly with the goal of overthrowing the dynasty. The authorities got wind of his activities and he was expelled from the country and forced into exile. While in exile, he travelled to many places around the world and found himself in London in October 1896.

During his time in London, it was likely Sun Yat-Sen met Michael Davitt during his visits to the House of Commons though no details of their conversations are present in existing research.

While in London, Sun Yat-Sen was arrested and detained at the Chinese Legation in the city, who were still loyal to the embassy. He was held for 12 days and released following a high-profile government and press campaign orchestrated by Yat-Sen’s friend and former mentor from his time as a medical student. This, in turn, made Davitt more sympathetic to Yat-Sen’s cause.

A Davitt historian who works at the museum, John Reid, explained that Davitt would more than likely have seen Sun Yat-Sen as a kindred spirit and that there were more than a few similarities between the two.

“Both Michael and Sun came from poor, provincial farming backgrounds. They grew up in similar environments, Davitt lived under British rule here in Ireland and there was an oppressive empire in China as well.

“They were both liberal-socialist, anti-establishment figures. Both men travelled a lot to garner support for causes back in their homeland. Davitt was older by 20 years and we can see how Sun might have been influenced by him, particularly in the areas of land and labour and especially land tenure.”

The connections and similarities run deeper looking at their early lives and the values they committed to later in life. Both had been emancipated by education and viewed education for the masses as the key to a revolution. Both men had been involved in groups dedicated to the cause of restoring the ownership of land to the people of the land: Davitt through the United Irish League and Yat-Sen through the Tongmenghui.

On two separate occasions, Davitt questioned the British secretary of state for the colonies at the time, Joseph Chamberlain, about the nature of Yat-Sen’s exile and ban from Hong Kong.

Old parliamentary records of questions and answers from the House of Commons are still accessible online and the dialogue between Davitt and Chamberlain lays out just how passionate Davitt was about Yat-Sen and the Chinese cause.

Chamberlain: “Sun Yat-Sen was prohibited from residing in the colony for five years from the 4th of March, 1896, on the ground that he was, in the opinion of the Governor in Council, dangerous to the peace and good order of the colony. No application was made by the Chinese Government for his banishment, and he left the colony prior to the issue of the order; but there seems to have been no doubt that he was implicated in a conspiracy against that Government, which made and makes his presence in Hong Kong undesirable. I see no reason to interfere with the temporary prohibition of his residence in Hong Kong.”

Davitt: “I wish to ask the right honourable gentleman whether he is aware that no opportunity has been given to Sun Yat-Sen to meet the charges made against him.”

Chamberlain: “I cannot answer that question without notice, but I think I have seen in the papers that this gentleman (Sun Yat-Sen) is now leading the rebels in China, and-“

At this point, Davitt interjects: “I hope he will be successful.”

The Straide man then declares his support for the cause of the Chinese Revolution.

There was communication in the years that followed between the pair, some of which is on display at the Michael Davitt Museum.

“There’s a correspondence of letters in which Sun writes to Davitt to thank him for all he’s done inside and outside the House of Commons. We understand that Davitt was invited to China but he was in poor health in those years and died in 1906,” says John Reid.

For those running the museum dedicated to Davitt, they know there is more research needed to create a fully-realised picture of the connection between Davitt and Yat-Sen. Yvonne Corcoran says they have a good handle on Michael Davitt’s part of the story and are currently working on researching Sun Yat-Sen’s side of the connection.

Michael Davitt, a champion of freedom, never got the opportunity to witness Sun Yat-Sen achieving his dream of overthrowing the Imperial Court and establishing the Republic of China in 1912. But, as John Reid says, there is no doubt that Michael Davitt played a big part in Sun Yat-Sen’s thinking and a part of the establishment of the Republic of China.