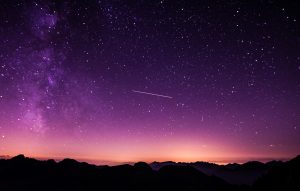 Photo by Vincentiu Solomon on Unsplash

Newport Astronomy Club will launch their programme for 2020 with a Back to Basics talk this Thursday, January 16.

The talk is being coordinated by the club’s founder Derek Dempsey and starts at 8pm in Newport National School.

Derek says the talk will look at some basic but essential elements in astronomy and will cover topics at an introductory level such as what is the universe made of, how do stars and their associated solar system form, what happens at the end of a star’s life and more.

Derek is not an astronomer but said he has had a long-standing interest in the field since he learned about the Apollo Program in the late 1960s. He helped to form the Newport Astronomy Club in 2016 and he said it has grown from strength to strength since then.

“I didn’t think there was an interest in astronomy in Mayo until the Dark Skies Park got its accreditation in 2016. Since then, we’ve had a consistent membership that has grown from 30 members to 51 since our inception.”

The Back to Basics talk is the first in a packed 2020 schedule for the club which will also include the 2020 Mayo Dark Sky Festival, which this year will feature a talk from Guy Consolmagno, the Director of the Vatican Observatory who is known as ‘The Pope’s Astronomer.’