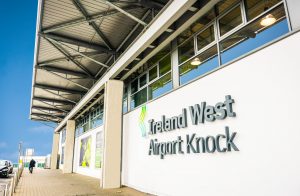 More passengers filed through Ireland West Airport in 2019 than in any other year since its opening in 1985 as numbers climbed above 800,000 for the first time.

In what constitutes a five per cent increase on 2018 when a then record of 772,000 passengers was recorded as using the airport, that number reached 807,000 during the past twelve months, which represents the fourth consecutive year of record passenger growth at the airport. The airport now serves 23 International destinations and is served by four of Europe’s major International airlines, Aer Lingus, Flybe, Lauda and Ryanair.

The number of passengers travelling on services to Mainland and Continental Europe hit a new high for the airport in 2019, increasing by 20 per cent. Two of the major contributors to this were the addition of a new service to Cologne by Ryanair and additional capacity on the airline’s Barcelona service. 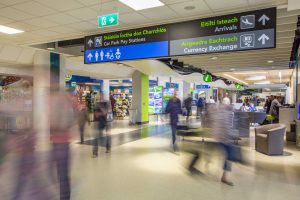 Despite the ongoing uncertainty over Brexit, the growth in passenger numbers in 2019 was further fuelled by a very strong performance across the range of UK services available at the airport, with numbers travelling to and from the UK increasing by 2 per cent. In addition, Ryanair recorded its busiest ever year for passenger numbers at Ireland West Airport carrying a total of 622k passengers last year.

It was a monumental year in more ways than one for IWAK as it completed the single largest capital investment project undertaken by the airport since its initial construction, with the rehabilitation of the airport’s 2,400m runway between May and September.