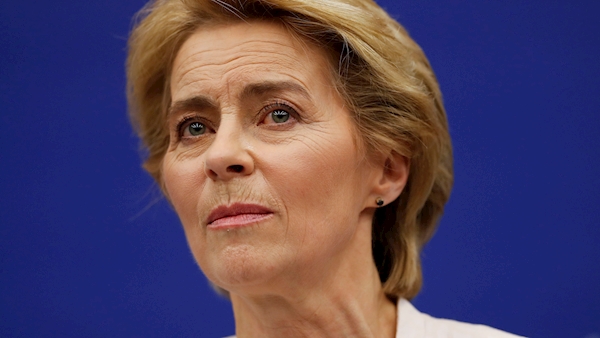 It’s the former German defence minister’s first official visit to the country since taking over the EU’s top job.

Ms von der Leyen will arrive into Dublin later this evening to meet with the Taoiseach Leo Varadkar.

Among the items on the agenda are climate change, the recent return of power-sharing in the north and the new Common Agricultural Policy.

However, Brexit will be the key focus.

The Taoiseach is expected to impress on the President Ireland’s interests in the next stage of EU/UK negotiations, including any future Free Trade Agreement.

Addressing MEP’s in Strasbourg yesterday, Ms von der Leyen said the UK must decide how close or distant they want to be from the EU, including the single market.

At today’s meeting, which also includes a dinner at Dublin Castle, the Taoiseach will also argue for a Just Transition fund for workers in the midlands.

He is also expected to push for funding for the north and border counties.