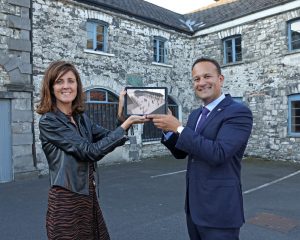 Ballina is one step closer towards the delivery of its planned €3.2m digital hub following the appointment of contractors to work on the development.

Local FG Senator Michelle Mulherin confirmed on Saturday, January 11 last that, following the tendering process, Mayo County Council has appointed civil and structural engineers, mechanical and electrical engineers and quantity surveyors to the project which is being developed in the town’s historic Military Quarter.

The next step is detailed design and preparation for the appointment of a contractor for the construction.

“This is wonderful news that brings Ballina Digital Hub and Innovation Quarter a step nearer,” Senator Mulherin said. “The hub will see the creation of over 200 jobs in an exciting and pioneering project that marks the start of a new era for Ballina and its hinterland.”

The Senator has been working closely with Minister Eoghan Murphy of the Department for Housing, Planning and Local Government and Mayo County Council to progress the project which is expected to give Ballina an edge by tapping into the digital transformation that has revolutionised how business is done.

“Technology, digital media and internet companies will be based in this new enterprise cluster that will provide office spaces for 20 firms nurturing an atmosphere of creativity and support where digital companies can grow their business,” the Senator explained.

The hub will also be the home for a distillery which will create jobs in the production of high-end rum.

Senator Mulherin says the overall development will kickstart significant enterprise and entrepreneurial activity and increase the attractiveness of Ballina and surrounding communities for further investment.

“This project will also restore the military barracks which was built in 1742 and is a centre-piece of Ballina’s built heritage and will unlock its tourism and cultural potential,” she concluded.