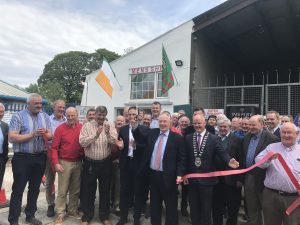 Women’s Sheds in Mayo have been allocated funding for the first time, it has been announced today.

Minister for Rural and Community Development Michael Ring, said: “I first introduced funding for Men’s Sheds in 2018 in recognition of the great support that they provide to men in communities in Mayo and across Ireland.”

He said the “phenomenal” impact of the Men’s Shed movement prompted his department to extend funding to Women’s Sheds. This is the first time the government has awarded sums to Women’s Sheds.

Mr Ring said he has “no doubt that the emergence of Women’s Sheds can only be a good thing for community life in Ireland”, adding that he hopes to see the number of applicants for funding grow in the coming years.

Meanwhile, funding totaling €17,298 was confirmed for 16 Men’s Sheds across the county. The funding enables Men’s and Women’s Sheds to purchase equipment and carry out minor works to improve their premises.