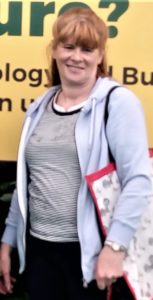 Ballina Gardaí are seeking assistance from the public in locating a 61-year-old woman who was last seen on Tuesday, January 7.

Patricia O’Donnell, from the Crossmolina area, is described as being 5’2″, of slim build with long blonde/ fair hair.

When last seen Ms O’Donnell was wearing a black jacket and blue jeans. It is believed she left her house in a grey Toyota Yaris car.

A Garda spokesperson said her family are concerned for her and asking anyone who may have seen her to contact Ballina Garda Station on 09620560, the Garda Confidential Line on 1800666111 or any garda station.