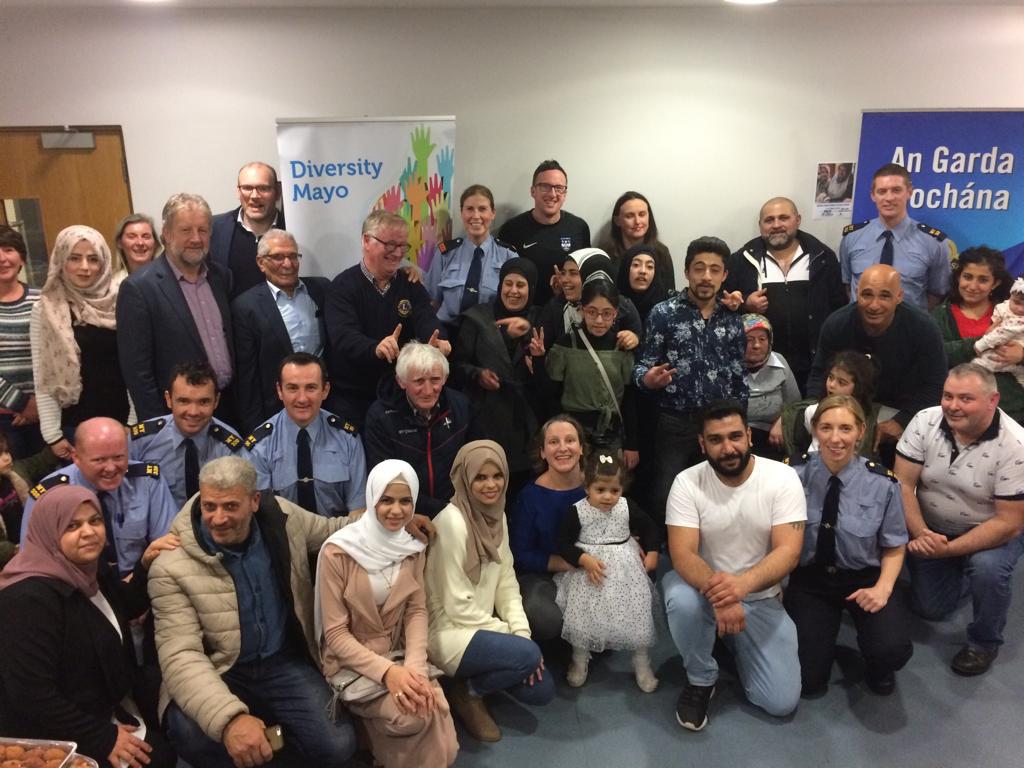 Attendance at the welcoming event held for resettled Syrian and Palestinian families in Ballina last October.

Devised as a welcome reception for Syrian and some Palestinian families, the event was staged in Ballina Garda Station last October as part of Mayo Social Inclusion Awareness Week and the UNHCR Irish Refugee Food Fair.

It afforded an opportunity for the resettled families to meet eachother and to make connections with local people and organisations in a warm and friendly atmosphere.

Gd David Reilly is the diversity officer attached to the community policing department at Ballina Garda Station and liaises on a weekly basis with resettled refugees in the area.

He explained that they often have a very different experience of policing in their home countries and that his role is to break down the barriers they may have in relation to such authorities.

He works in conjunction with Rachel Rose who is a resettlement support worker with the SWMDC Refugee Resettlement Team. 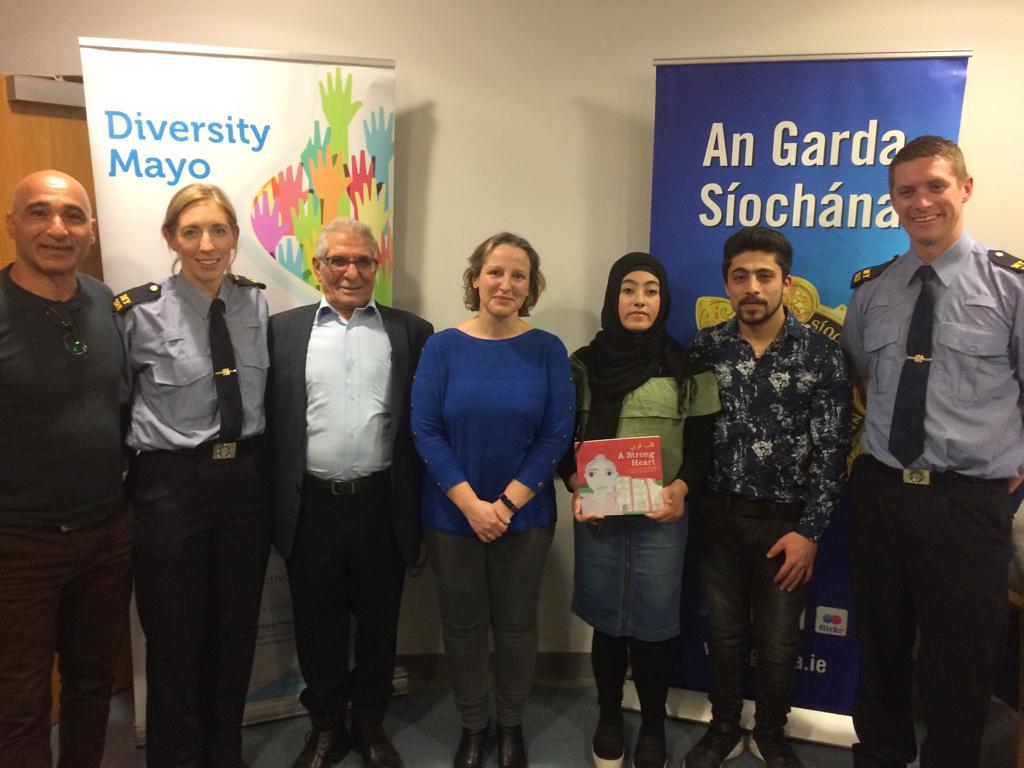 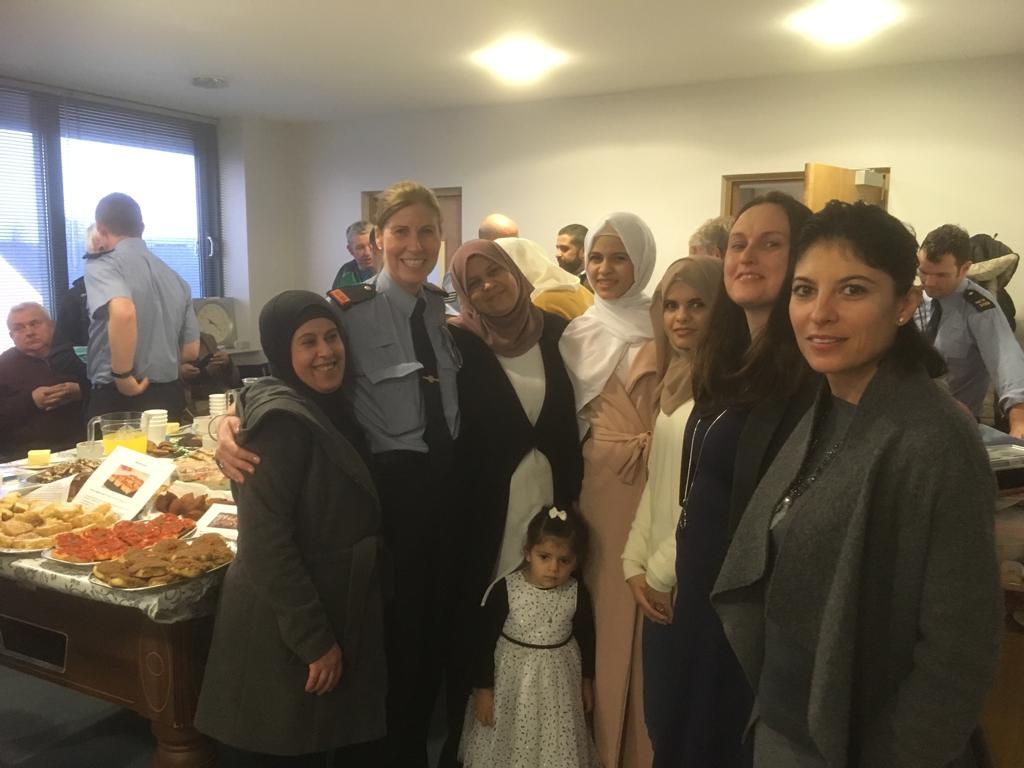 There are now over 37 Syrian individuals acclimatising to life in Ballina. The children are attending local schools and some of the adults have recently commenced employment while others are playing an active voluntary role in community initiatives.

David said last October’s social inclusion night was as much geared at encouraging the resettled families to get involved with community initiatives as it was at showcasing local services.

“It’s important that they feel that they have something they can give back to the community too,” he explained.

There was a capacity attendance on the night and great support from the local management of An Garda Siochana and other local authorities, the Irish Refugee Council and Mayo Co Council to name but a few.

Representatives of the Syrian community addressed the attendance, outlining their experiences of Ballina to date – which have all been very positive.

It is hoped there will be further similar social inclusion events in Ballina in 2020. 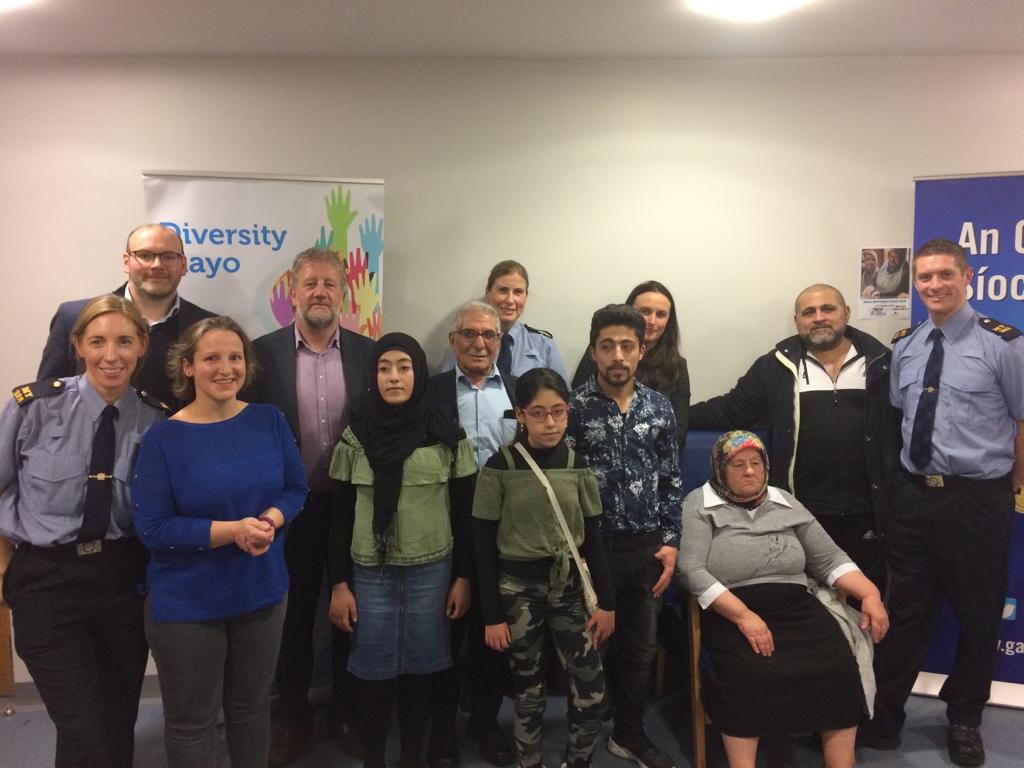