Mayo County Council has just confirmed that the internationally renowned Other Voices music festival, which took Ballina by storm in September 2018, will return to the north Mayo capital at the end of February 2020. 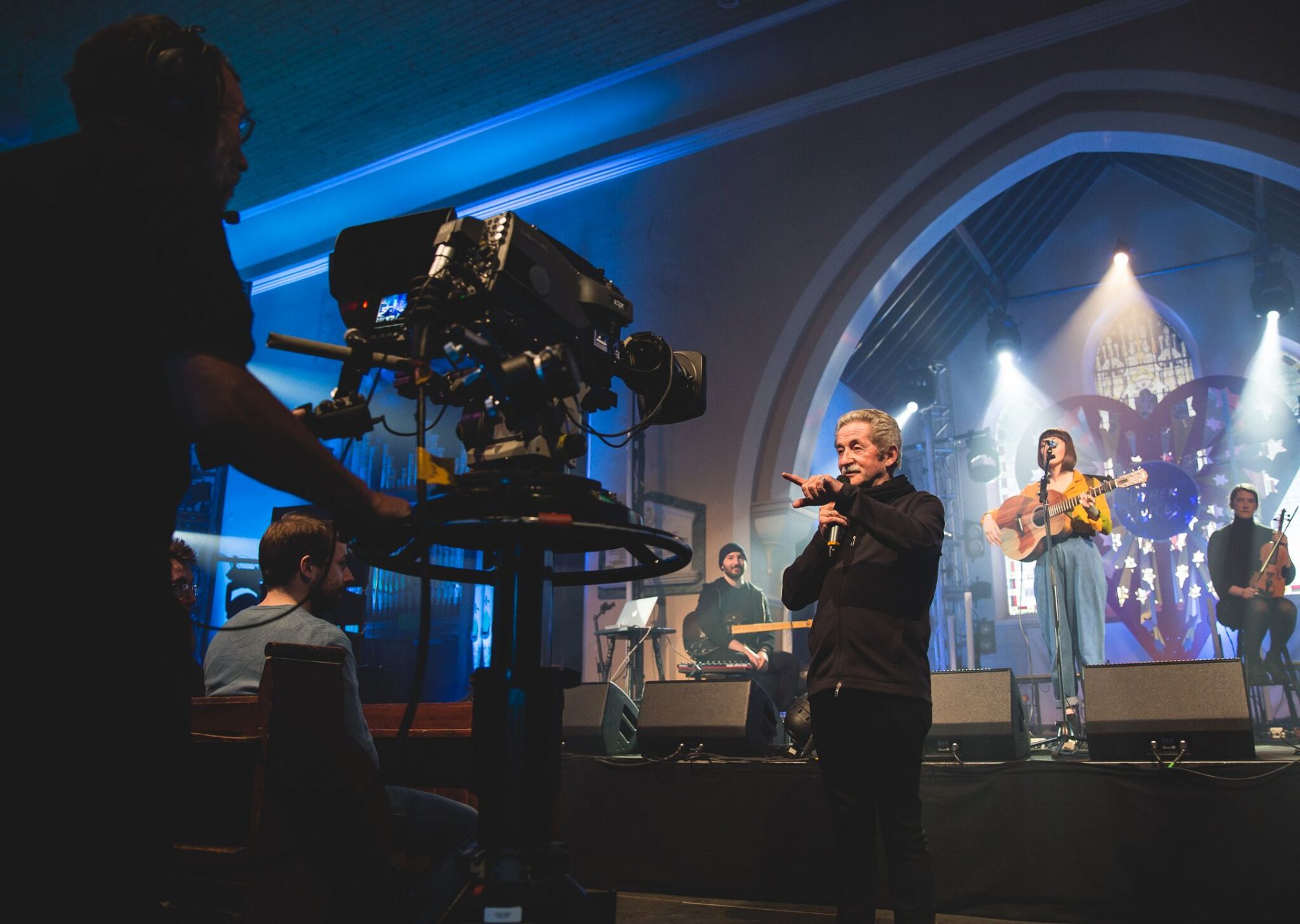 Philip King of the Other Voices production company, South Wind Blows, addresses the attendance at Other Voices Ballina in 2018.

Last week’s Western People reported that local traders were not as inclined to support the event which, requires a local financial contribution and, in his editorial, James Laffey, appealed to those of that mind to reconsider their position.

This afternoon, the local authority stated that a partnership between it, the Other Voices production company, South Wind Blows and Moy Valley Resources enables Other Voices to once again showcase excellent music as well as staging great workshops, a music trail in local pubs and the high-profile filmed concerts in St. Michael’s Church (live-streamed to local pubs and Ballina Arts Centre) together with the ground-breaking Ireland’s Edge Conference in Ballina next month.

Cathaoirleach of Mayo County Council, Cllr Brendan Mulroy welcomed today’s news saying: “Mayo and Ballina are delighted to have such an internationally acclaimed music event return. We are honored to have a festival of this calibre taking place here and I have no doubt it will be a tremendous success ”

Chief Executive of Mayo County Council, Peter Hynes added “This is really good news for the town of Ballina. Other voices is a unique celebration of music and place like no other event in Ireland. We will extend the warmest of welcomes to the artists and to all those who come to experience Other Voices in County Mayo

Annette Maughan, CEO Moy Valley Resources IRD, also supported today’s announcement saying: “Moy Valley Resources IRD is excited to team up with Other Voices, Mayo County Council and our local partners to bring this fantastic festival back to Ballina. We look forward in the coming weeks to delivering an unforgettable weekend for the town.”

There was a tremendously positive response to the Other Voices Festival in Ballina in 2018 and it is conservatively estimated that the economic benefit to the region was in excess of  €2m in addition to an extensive media reach.

Other Voices has been going strong in Dingle for 17 years and led to the creation of an acclaimed music TV series with over 15 international broadcast partners.

Other Voices Ballina will also feature in the next broadcast series on RTE later this year.

It is expected that Other Voices Ballina will be staged on February 28 and 29 next. Further details of the line-up are expected to be announced by the Other Voices crew in the coming weeks.

Meanwhile Moy Valley Resources is overseeing the collection of the local financial contribution towards the event. The Western People is happy to have committed to contribute financially to this.