Honesty remains the best policy for Boys in Blue 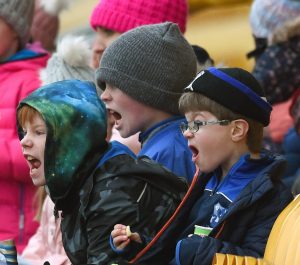 It’s because they have never shied away from reality that the Tooreen hurlers have become as good as they are.

So when the current manager Paul Hunt tackled reality head-on in the aftermath of Saturday’s All-Ireland semi-final defeat to Fr O’Neill’s, you just knew there was a deep purpose to his words.

Tooreen had just lost a game they believed they could win and it was important in Hunt’s mind that they took every last drop of learning from the experience.

His side had played the bulk of the second half against thirteen players and trailed by only two points with six minutes of normal time left to play after Kenny Feeney slammed home the game’s only goal.

Victory looked theirs for the taking. However, a below par first half display had ultimately left the Mayo men with too much to do against the intermediate champions of Cork and Munster.

“For the last couple of weeks we knew we had a huge opportunity [to win] if we played but probably in the first half, with the possession we had, we didn’t score enough,” admitted Paul Hunt.

“We made bad shot selections and missed a few chances and could have got in on top of their goalie once or twice. We probably didn’t do enough in the first half and then in the second, with their sendings off, it almost became a disadvantage.

We probably didn’t utilise it. We pushed men up but sometimes it can be more of an Achilles heel when you’ve extra men because they really put their shoulder to the wheel. You often see that in games.

“We got the goal but we weren’t hurling as smoothly as we’d like. They were picking off scores easier than we were. We were having to work that bit harder for them.”