Two Mayo natives, Ballina’s David Heffernan and Lacken’s Caelan Doris, have been included in Andy Farrell’s first extended squad as Ireland Head Coach. Farrell called up 45 players for a gathering at the IRFU’s High-Performance Centre in Dublin last weekend with a view toward firming up his plans for his maiden Six Nations campaign at the helm in the new year. 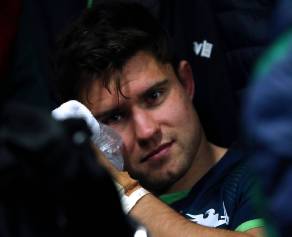 David Heffernan was one of five Connacht players called into the Ireland squad gathering by Andy Farrell over the weekend.

28-year-old Heffernan has been rewarded for his strong recent showings for Connacht by being recalled to the national squad. The Ballina RFC man has made one appearance for his country to date (against the USA in 2017) but with Rory Best having retired after the World Cup, the number 2 jersey is very much up for grabs. Heffernan was one of five Connacht players in the squad (the others being Bundee Aki, Ultan Dillane, Quinn Roux and uncapped scrum-half Caolin Blade) but there was no place in the squad for Jack Carty, who is facing a battle with youngster Conor Fitzgerald to keep hold of the Connacht out-half shirt. 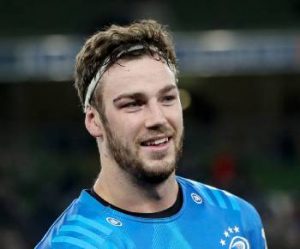 Caelan Doris, a native of Lacken, was rewarded for his recent run of excellent form for Leinster with a first call-up to the Irish senior squad. Picture: INPHO/Bryan Keane

Caelan Doris, meanwhile, has been rewarded for his string of outstanding performances for Leinster with a first call-up to the senior squad. The 21-year-old number 8, a former captain of the Ireland under-20 side, has been in terrific form in recent weeks as Leinster have started the season with 12 wins from 12 games in the Champions Cup and Pro 14.

He is one of a number of uncapped players in Farrell’s extended squad, alongside fellow Leinster players Will Connors, Max Deegan, the recently Irish-qualified Jamison Gibson-Park and Ronan Kelleher, Connacht’s Blade, and the Ulster duo of Billy Burns and Tom O’Toole.

There are a number of significant omissions from the squad too though; as well as Carty, the 93-cap Rob Kearney, Jordi Murphy, Sean Cronin, Kieran Marmion and John Ryan have all missed out.

Announcing the squad, Andy Farrell said: “The national coaches have been around the provinces watching games and having good conversations with players and the provincial coaches.

“We have limited opportunities across the busy provincial season to bring a broad group like this together but this 24-hour window will allow us to plant a few seeds. It will also give the coaches a better insight into a few players who have been performing consistently well for their provinces.

“The next six weeks is the window for players to put their hands up for selection for our first squad which will be named in late January ahead of the Six Nations.”

Meanwhile, Castlebar native Anne-Marie O’Hora has been named to the Irish squad for the Women’s Six Nations. O’Hora, who plays for Galwegians and Connacht, has been included in Head Coach Adam Griggs’ 39-strong squad for the championship. Ireland’s campaign begins with back-to-back home games in Donnybrook against Scotland (on February 2) and Wales (on February 9) before they travel to play England in Doncaster.