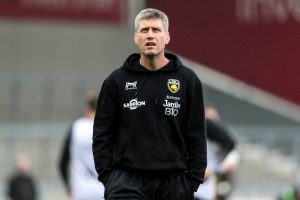 Ireland and Munster rugby legend Ronan O’Gara has been confirmed as the Guest of Honour for the Western People/Ballina Beverages 50th anniversary Mayo Sport Stars, which takes place in Breaffy House Hotel, Castlebar on Friday, January 31, 2020.

Currently coaching in France with La Rochelle, O’Gara has strong connections to Mayo through his mother Joan (nee Langan), who is a native of Ballina. The Cork native told the Western People he had spent many childhood summers in Ballina and was delighted to be able to return west for the Mayo Sports Stars 2020.

First held in 1971, the Mayo Sports Stars is one of the oldest sports awards ceremonies in the country and is the premier social occasion for Mayo’s sportsmen and women.

The winners of the various categories are currently being contacted and will be announced in our edition of January 6 next.

Tickets for the golden jubilee Mayo Sports Stars banquet will go on sale on January 8 next.