A Louisburgh woman has recently returned from a trip to South Africa where she and 300 other volunteers helped to change the lives of thousands of children. 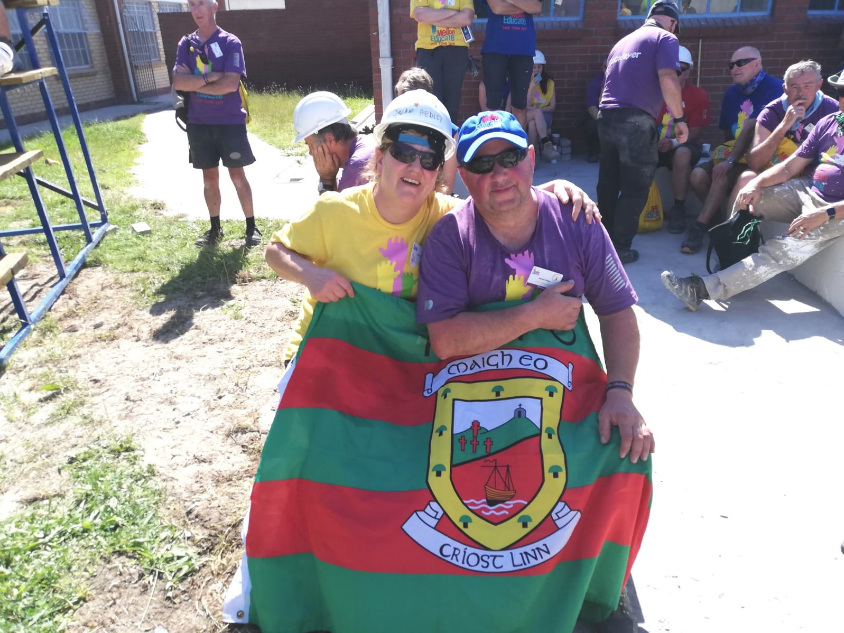 Jackie Hedley, a nurse and midwife at Mayo University Hospital, took part in a five-day building blitz with Mellon Educate, a charity dedicated to providing educational infrastructure in Africa.
Thanks to the initiative, the children of Mfluleni in Cape Town now have 11 new classrooms, three covered outdoor shelters and  two toilet blocks as well as a new library, gym and playground.
Jackie only signed up last July on the spur of the moment.
“It has been in my head in recent years and when I heard on the radio in July they were short of volunteers I pulled over the car and rang up straight away to register,” said Jackie.
She then set about raising the required €4,500 funds but admits she did not know much about building or construction beforehand.
“They asked me what I could do, so I told them I could push a wheelbarrow and paint. You’re there to work but if you want to try out a job, you don’t have to keep it up if you don’t like it. I ended up trying my hand at plastering which I discovered I’m rubbish at. I did slabbing for ceilings, moved blocks and more. Whatever there was to be done, I tried it.”
Jackie says she is proud of the mark that her work has left, quite literally as well as figuratively.
“There’s a gable wall where volunteers leave a handprint, so now I’ve got a handprint on the wall of a building I helped to build out in South Africa. It sounds really silly but that feels so rewarding.
“For these children, their hope is education. We’re a small drop in the ocean but 2,900 children are going to benefit from what we did and thousands more will benefit in future and that is something to be proud of.”
Filed under: Louisburgh, Mayo news, Mayo newspaper, Mellon Educate