Silver for Sorcha as locals excel in Lisbon

To have one athlete competing at such a major event as the European Cross Country Championships is one thing, but for three separate clubs in Mayo to have runners in action in Portugal yesterday is evidence of the remarkable work taking place throughout the county to develop athletes who can compete against the very best. 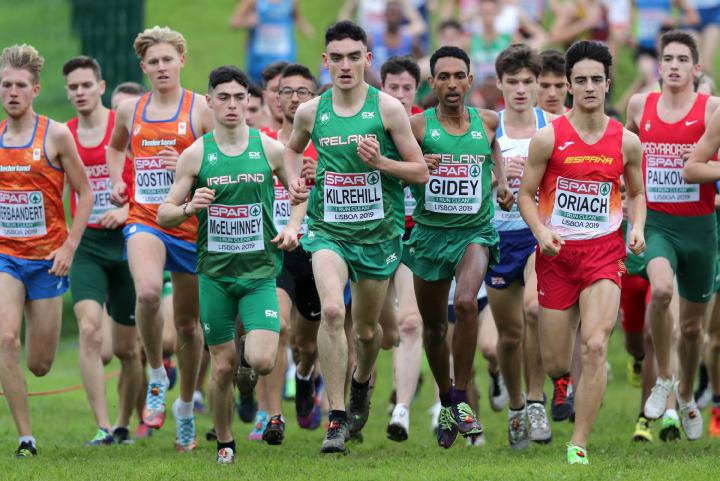 Sorca McAllister from Westport AC, Keelan Kilrehill from Moy Valley AC in Ballina and the youngest of the trio, Maeve Gallagher from Swinford AC, each wore the green singlet of Ireland with distinction at the championships which were held in Lisbon and which attracted no fewer than 602 athletes from 40 countries across the continent.

Pride of place from a local perspective went to Sorcha McAllister who was a member of the Irish Women’s under-23 team that finished second in the team standings. Sorcha was the sixth Irish runner home, finishing the 5,000m course in a time of 24m55s. However, from an individual perspective, the performance of Keelan Kilrehill was something to behold with the Easkey native finishing in a brilliant 26th place in the Men’s under-20s race on what was his European debut.

Indeed he and his Irish teammates were only narrowly squeezed out of the medals by host nation Portugal with whom they had finished level on points. Britain won the team competition and Norway came second.

On what was a proud day for his Moy Valley club, particularly his coach Philip Finnerty, at one stage in the first lap Keelan was in the lead as the Irish team established their place. He eventually finished the 5,000m race in a time of 19m33s.

Keelan Maeve Gallagher was running in the Women’s under-20s race having won bronze at the national championships just a few weeks earlier. She clocked 18m08 in Lisbon and has several years left to compete at this age grade. Indeed it’s the third different sport at which Maeve has represented Ireland at European level, with the Swinford teenager having featured in this year’s equivalent championships in cycling and triathlon. It’s understood no other Irish athlete has ever achieved such a feat.

Pick up a copy of this week’s Western People for lots more local athletics news. On sale in local outlets or online via westernpeople.ie/epaper