‘Alarming’ statistics reveal the isolation of Mayo residents from services 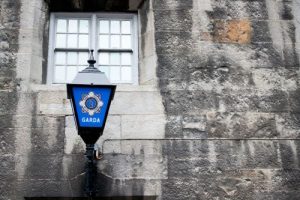 The majority of Mayo residents live between 20 and 50km away from an adult emergency hospital, well above the State average, while more than 12,000 people live more than 50km away, new figures released by the Central Statistics Office (CSO) reveal.

With regards to other health services, 40 % of the Mayo population live within 2km of a GP, while 9%  are more than 10km away from their nearest GP. Although a third of people have a journey of less than 2km to reach their nearest pharmacy, 12% have no pharmacy within a 10km radius.

Of Mayo’s 29 garda stations, just six operate round the clock, meaning more than 21,000 people have no 24-hour station within 20km. Furthermore, fire services have to travel at least 20km to reach circa 6,000 residents.

“Rural dwellers face distances that are at least three times greater for most services compared with their urban counterparts,” he said.

“These statistics are alarming and show how the Government is failing to deliver public policy solutions that improve service provision and make living in rural Ireland attractive.”

He added that the figures were disappointing but not surprising.

“It is clear that the Government’s much-referenced action plan is not delivering, and Minister for Rural and Community Development Michael Ring must explain what steps will be taken to rectify the ‘imbalance’ — to use his own words — across the country,” he said.

The CSO data was calculated using figures from the 2016 Census.