Five west Sligo senior soccer teams have disbanded in the last four years due to the impacts of rural depopulation, a local councillor has claimed. The clubs affected include Western Rovers, Kilglass Enniscrone FC, Easkey FC, Dromore Villa and Castleconnor. 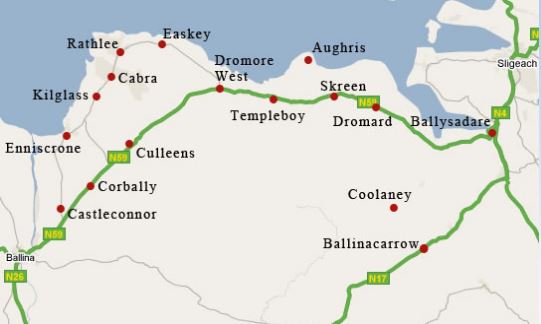 West Sligo Cllr Michael Clarke is proposing a review of the county development plan as the effects of depopulation continue to hit that area hard.

Meanwhile, already amalgamated GAA clubs in the same area are struggling to field full teams for matches even at underage level.

Independent Cllr Michael Clarke will this morning (Monday) call on Sligo Co Council to set a date for a mid-term review of the County Development Plan with the aim of considering whether its restrictive sustainable rural housing provisions might be modified.

He believes such modifications will combat plummeting rural population levels in areas like west Sligo which are disproportionately impacted by restrictions on one-off rural housing. This means little no new families are settling there.

“This is having a huge knock-on effect in west Sligo. Four or five years ago the area had five soccer clubs that competed at senior league level and now those senior teams are all gone.”

The Independent councillor explained that GAA clubs have been similarly affected. Several have been forced to amalgamate in recent years and now even the combined teams are struggling to field 15 players.

The European Union Court of Justice has already ruled that legislation of a similar nature that was decreed in the Flemish region of Belgium in 2009 is contrary to EU law. But Cllr Clarke claims this ruling has been “kicked to touch” by Ireland’s Minister for Housing, Planning and Local Authority Eoghan Murphy.

While Minister Murphy established a 10-person working group over two years ago to review that ruling in the context of Ireland’s 2005 Planning Guidelines on Sustainable Rural Housing, the group has yet to issue its report.

“Rural communities are dying. Their schools and services are closing. We need the hinterlands as well as the villages to be healthy,” Cllr Clarke stressed, adding that while the County Development Plan review is not due until February, this morning’s notice of motion will ensure people have enough time to consider whether the document should be modified or not.

Test results due as pier remains out of bounds to bathers

Test results due as pier remains out of bounds to bathers

Irish Water confirm cause of pollution at Enniscrone beach

Bathers warned not to swim at Enniscrone pier