Christmas was kicked off in Ballina on November 24 last by Santa and Mrs Claus themselves and throngs of excited families came out in force to witness them switch on the Christmas lights. 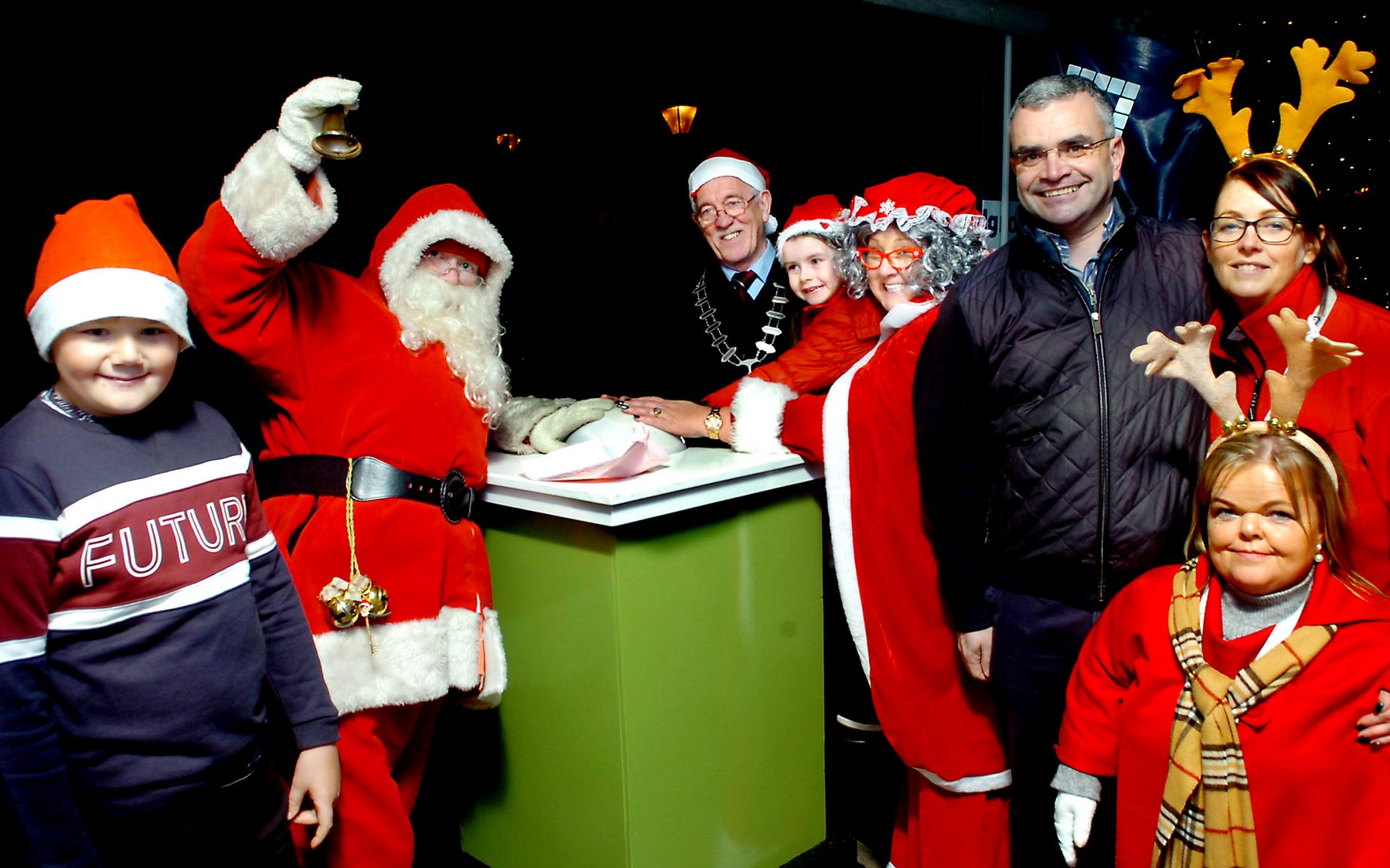 Santa and Mrs Claus with the help of Paulius Egan and Eva McHale switched on Ballina’s Christmas lights to the delight of Cllr Seamus Weir, cathaoirleach of the Ballina Municipal District and Anne Marie Forbes and Martina Neary of the Jackie Clarke Collection. Picture Henry Wills.

Just when you thought things could not get any more festive, Ballina is set to ramp up the Christmas cheer this week with the continuation of its magnificent Frosty Salmon Festival.

The excitement will reach fever-pitch on Wednesday, December 4 next when the iconic Coca Cola Christmas truck rolls into the Military Barracks where people can view it between 2.30 and 7.30pm.

Santa was so impressed by Ballina on November 24 last that he has vowed to come back as often as he can between now and Christmas Eve, commencing this weekend, Saturday and Sunday, December 7 and 8, when he will be hosted by the 5th Mayo Scouts troop in an enchanting and atmospheric grotto in the Military Quarter.

Santa would love to meet as many children from Ballina and the surrounding areas as he can during his stay so if you know any little ones making their lists right now bring them in for a little chat with “the man in red” any time between 3 and 5pm on either day.

If you can’t make it this weekend don’t worry as Santa will return to the grotto on December 14 and 15 from 3 to 6pm and during the same hours on December 21 and 22. Admission is just €5 per child.

The first of three Christmas Cracker Bonanza draws take place in Ballina this Friday, December 6, when some of those clever people choosing to shop local will be rewarded with the first of the 100 €100 gift vouchers that are up for grabs.

This fantastic promotion has been run annually in Ballina by the local Chamber of Commerce for the last five years to encourage shoppers to give their custom to the local businesses that support the community so generously with sponsorship, etc, throughout the year.

And don’t forget there is free parking in each of the town’s public car parks from 2pm each day up until Christmas Eve so there is no excuse not to sample Ballina’s Christmas buzz.

Pick up this week’s Western People to see the Ballina Christmas Shopping Special in Community Focus.