Fans played their part in a remarkable journey

It was a difficult job to have to try to put his emotions into words on Sunday evening but one thing was evident above all else in how Jarlaith Tolan spoke about the 80 minutes that had just unfolded. His pride in his team. 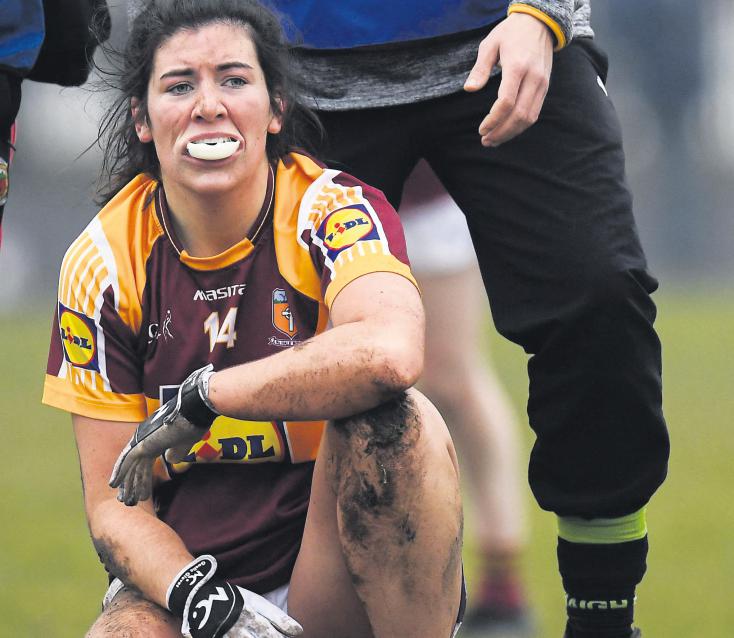 The joint-manager of CL MacHale Rovers knew his team had left their all on Ballinasloe’s Duggan Park — but he had expected nothing less. His belief going into the game was that his team could get the job done, despite their inexperience at this level, and the confidence he had in his players shone through as they fought through one gruelling hour plus a further 20 minutes of extra-time. Their never-say-die attitude was exemplified when they pulled off an incredible comeback to score the final goal and four points of regulation time to draw the match.

Their Cork counterparts were, however, up to the challenge and their experience prevailed.

Jarlaith Tolan praised their “star-studded” side, including player of the match Rena Buckey. The decorated athlete added another medal to her impressive collection, that includes 18 All-Ireland senior inter-county titles.

“The role she has played for her county, never mind her club, is unreal,” remarked the Crossmolina man graciously afterwards.

Donoughmore were very physically imposing throughout the contest and Tolan had great respect for the passion that the MacHale Rovers players showed in not backing down despite the knocks they were taking, including captain Marie Larkin who powered through a dead leg to drive her side on against the deficit on the scoreboard.

Jarlaith Tolan also hailed the support the team had received not just from the club itself, not only from the county, not just outside the county but from all over the world. He described it as “surreal” to hear the “Rovers, Rovers” chant ring out around Duggan Park throughout the contest.

Indeed while the Mayo girls may have narrowly lost the battle on the field, their supporters were undefeated in the stands on Sunday afternoon. The songs sang by the hundreds of North Mayo supporters travelling from Lahardane, Crossmolina and Ardagh encouraged the players no-end on the pitch.

Sunday mornings are usually associated with lie-ins and relaxation but as the girls pulled out from Crossmolina at 8.30, they were waved off by their loyal fans. A mirage of maroon, amber and green flags met the bus as it passed through the village of Lahardane with the main village road lined with supporters flying flags as the girls set off for Galway.

Willie B, as he is known now by the girls, had four coaches following the team bus down the Tuam bypass, as together with a convoy of countless cars the three villages emptied in support of the McHale Rovers ladies.

The stand in Ballinasloe was swarmed by flags of maroon, amber and green an hour before throw-in, and as the ladies marched onto the field they did so to the roar of the travelling support. Even the Artane Band went unheard by many as the North Mayo fans pumped the girls up for the battle ahead.

Throughout the game their singing also silenced the Donoughmore crowd who simply couldn’t compete. Similar to the girls on the pitch, The fans gave it their all and many left without any voice intact. These fans deserve serious plaudits and praise for the support they have given the girls on the field throughout their exciting All-Ireland journey; the stand in Swinford for the historic county final triumph was wedged with McHale Rovers followers; Aughawillan was next to experience the sheer power of the Mayo crowd before the ladies from Nephin’s shadow lifted another cup for their fans in Ballyhaunis against Claregalway.

The overseas trek to England didn’t faze many as the sidelines in Manchester were full of Irish supporters and up in Tyrone it was no different against Edendork.