Carty boys pay tribute to their dad with fundraiser

The late Knock-based Deputy John Carty wore a moustache for more than 40 years and this November his six sons are growing moustaches and raising funds in his memory. 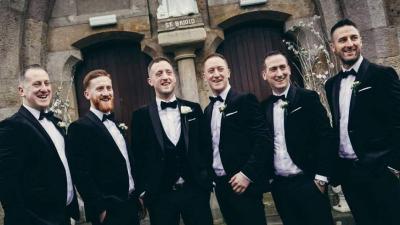 The six Carty brothers from Knock are fundraising this month in memory of their late father, John, who served as a TD and senator.

James, the eldest of the Carty brothers, told the Western People that he and siblings, Cathal, John Henry, Eamon, Caoimhin and Iarla, are supporting the Movember challenge in tribute to their dad who always said “a kiss without a moustache is like an egg without salt.”

A text on the family Whatsapp group got the ball rolling and the brothers, now based in Bermuda, London, Dublin, Castlebar and Knock, were all on board.

“None of us have done it before. Iarla grows a beard every so often and shaves it off but it’s nice to be doing this in memory of dad,” said James.

Their dad, a former Fianna Fáil TD, battled cancer before passing away six years ago. As well as growing a moustache, the Carty brothers are running more than 60km each to raise awareness of mental health.

You can donate to the Carty team by checking out the movember.ie website and searching for Carty Bros Mos.

Coroner and medics fear suicide rate may rise in Mayo