A novel Connacht club intermediate final awaits this weekend as The Neale and Oughterard, two clubs separated by roughly six miles across the spray of Lough Corrib, prepare to face off for provincial honours. They both booked their places in the final last Saturday afternoon with handsome semi-final wins over Geevagh of Sligo and Tulsk of Roscommon respectively. 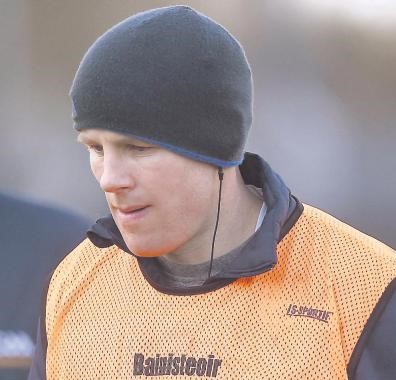 The connections between the clubs run deep, none more so than that between the respective captains; when Aidan O’Sullivan steps up for the coin toss in the final he’ll run into his own first cousin, Eddie O’Sullivan, captain of Oughterard.

“It’s another huge game,” said The Neale manager Eoin Hughes after the 4-13 to 1-11 win over Geevagh in Markievicz Park. “They’re across the lake from us there; they’re our neighbours in a way. There’ll be some good banter. A few of the lads on our team are Galway men at heart. We’ll enjoy this week leading up to a Connacht final. It’s new territory for us so we have to embrace it.”

Assessing the semi-final, Hughes said he was impressed with the way his team moved through the gears after a laboured opening quarter. Despite Tommy Conroy netting a goal in the first minute, the Sligo champions had been the better side for the first 15 or so minutes before The Neale found their legs.

“To be playing football in November is a huge bonus, but we’re delighted to come through was what initially a very tight game, before it progressed into the second half and we began to pull away,” offered Hughes.

“It’s uncharted territory for a lot of the lads here. There were a few nerves kicking off. It’s a new environment for the lads here in Sligo and that took its toll. When you’re playing with the wind the pressure is always on to put a lot of scores on the board but that doesn’t always happen.

“Then when you can’t find your execution range and you start to miss a few, the doubt starts to set in, and that’s what happened initially in the first half and we let them back into it. The confidence was a bit shot I think.

“But we got in at half-time and had a quick chat with the lads and got back to basics,” he continued.

The three-week lay-off between The Neale’s county final win over Ballyhaunis and the semi-final was, according to Hughes, another possible factor in his side’s slow start.

“I think mid-June had been the last time we went three weeks without a game, so we had to adjust to that,” said Hughes. “You’re trying to nurse lads through the few weeks so the intensity drops slightly at training and maybe that was a factor in the first half, where lads weren’t as tuned in as they should have been or the sharpness wasn’t there. But it definitely came to the fore in the second half and we’re delighted.”

Hughes also had a word for Tommy Conroy, who struck for 2-4 from play in a mesmeric, man-of-the-match performance and will be a key figure in his club’s hopes of claiming a first-ever Connacht title this weekend.

“He has the skill-set to really deliver on the big day. That’s what’s key for us,” said Hughes of his corner-forward.

“He works awful hard. He’s been involved with so many teams: NUIG Sigerson teams, Mayo development squads, the Mayo under-20s, and now he’s in with the initial squad with the seniors.

“He’s learning from the best. And obviously he came through the school in Ballinrobe as well, who are doing an awful lot of work with players from The Neale and from South Mayo.

“We’re benefitting from that but again it comes down to his attitude and his work-rate and his ability to do the right thing every time he gets the ball,” he concluded.