Attempts to shout down councillor’s County Board comments

The CEO of Mayo County Council does not believe the Mayo County Board funding row will scupper the proposed GAA Centre of Excellence at Lough Lannagh. 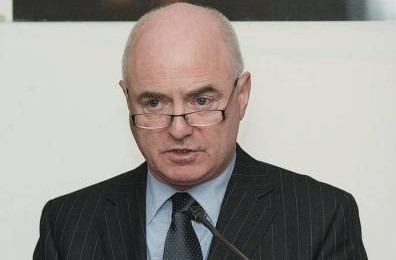 Peter Hynes, who was responding to a query from Independent councillor Mark Duffy, said the local authority is still working with the GAA to advance the project.

“It is not clear that there will be any negative impact on the project,” he told Monday’s meeting of the local authority.

Cllr Duffy had attempted to raise the controversy at the meeting but was shouted down by several councillors, including Fianna Fáil’s Paul McNamara who declared that he was a County Board delegate for his local club in Achill.

“I don’t think this is the place to discuss it,” said Cllr McNamara.

“We can’t cower from the fact that we are reading negative reports every morning in the national media,” said Cllr Duffy.

Cllr McNamara alluded to the statement put out by the Mayo County Board following their closed meeting last Thursday week but Cllr Duffy said the statement was ‘totally substandard’.

The Mayo GAA International Supporters Foundation has been withholding €250,000 raised at a gala dinner in New York earlier this year from Mayo County Board “until appropriate governance structures are put in place”.

The cash was earmarked for an academy and a centre of excellence, but the foundation says it will not release the funds until business plans for both projects have been produced and reviewed.