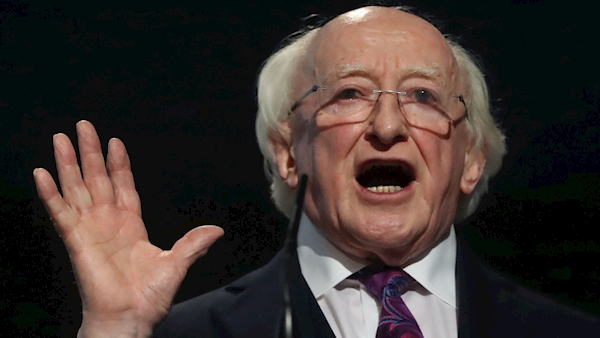 President Michael D. Higgins will attend an Intergenerational Conference in Cork on Wednesday to give a keynote address on climate change.

The conference will also screen the award-winning climate change documentary, The Great Green Wall, a film about an initiative to complete the longest continuous living organism on the planet.

It will cross the continent of Africa from Senegal to the Republic of Djibouti, and at 8000 kilometers will be three times longer than Australia’s Great Barrier Reef.

The African Union project is aimed at halting desertification in the Sahel region due to global warming and has been supported by President Higgins.

The Department of Communications, Climate Action and Environment has contributed €1.2 million towards it and the 8pm screening at the Reel Cinema in Blackpool, Cork, is in the President’s honour.

The documentary, which is part funded by Irish Aid, won the Audience Award at the Sao Paulo Film Festival in Brazil.

The conference will be held in the City Hall from 2pm and will see 200 people, half of them from city and county schools, share ideas on climate justice between generations and explore practical ways to respond to the climate emergency.

Conference organiser, Frank Dorr, said: “We are inspired by the proverb ‘we do not inherit the earth from our ancestors, we borrow it from our children’.”

Briefing due on quarantine rule for arrivals in Ireland

One winner of €2.8m Lotto jackpot