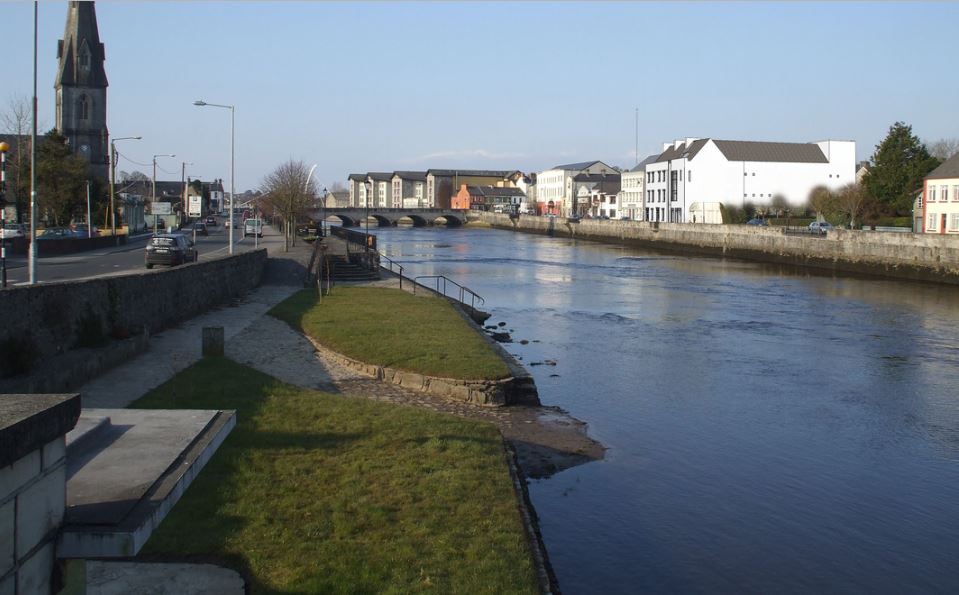 Artist’s impression of what Victoria House will look like once redeveloped as the Mary Robinson Centre. The property can be seen in white on the upper right of this image.

It marks the start of an exciting new chapter but also the end of an era for the historic property which has been occupied by three generations of the Bourke family since the early 1900s.

Local solicitor Adrian Bourke confirmed to the Western People that he officially disposed of the property to Mayo Co Council earlier this month for the Mary Robinson Centre — a development that will honour the life’s work of his sister, the former President of Ireland and UN Commissioner for Human Rights.

The property comprises Nos 1 and 2 Victoria Terrace which were constructed in 1836 approximately.

Ballina’s St Muredach’s Cathedral and the walls connecting the Ham and West (aka lower) Bridges were also being built at the same time.

Adrian’s grandfather, solicitor Henry C. Bourke, briefly occupied Victoria House as a lodger prior to his marriage to Elinor Macauley of Francis St in 1906.

Adrian’s parents, Drs Aubrey and Tessa Bourke, acquired the properties in 1939 and 1962 and raised their family, Oliver, Aubrey, Mary, Henry and Adrian there.

The building also housed the couple’s medical practice and subsequently the practices of Oliver and his wife, Louise, and the late Aubrey Jnr.

Victoria House has been the venue for numerous high profile meetings over the decades. Among them was the gathering of Ballina citizens, including Dr Aubrey Bourke Snr, that led to the establishment of the United Drug and Chemical Company Ltd (now United Drug PLC).

In 1987, Adrian relocated his legal practice from Bury St to Victoria House. From now on, the practice will operate from Unit 3, Killala Road Business Park.