Mayo club delegates are set to vote at tonight’s County Board meeting on proposed sweeping changes to the structures of the county junior football championships. 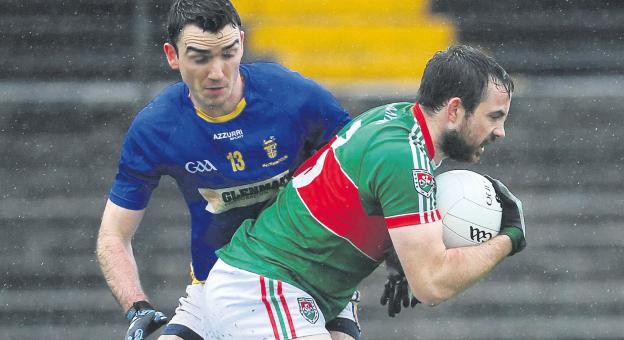 The final proposal for the changes to the league and championship structures was presented to club delegates at the County Board monthly meeting on Wednesday night by County CCC chairman Seamus Tuohy. The proposal put forward is, said Tuohy, the result of a comprehensive consultation process between the CCC, the clubs and the League and Championship Review Committee.

The changes have been mooted for several months and Tuohy said that four “well-attended and conducive” meetings have been held over recent weeks, two with the Review Committee and one each with representatives of the county’s senior and junior clubs.

Tuohy said that there was a “general consensus” from the meetings that the proposed changes would work to the benefit of football within Mayo, essentially allowing junior clubs to compete in an exclusive junior championship without the ‘B-teams’ of senior clubs, while at the same time freeing up more time to complete the club league and championship competitions.

Tuohy highlighted the fact that the Castlebar Mitchels B-team recently won their second county junior title in five years and said it was conceivable in the next few years under the current format that “five or six” senior club B-teams could be involved in the latter stages of the junior championship.

“What was striking from our meeting with the junior clubs was how badly some smaller rural clubs are struggling for numbers at underage, while the urban clubs are growing,” he said.

The final proposal is an amended version of a proposal first put forward by Killala GAA Club. It will see the 15 junior clubs in the county compete in an exclusive junior 1A championship in 2020. The championship will be structured along the same lines as the current junior A championship, with four groups, three of four teams and one of three teams, who will play off in a round-robin format.

The winner of the 1A championship will be promoted to intermediate for 2021. There will be no promotion from the 2A championship in 2020.

The reason for the modification to the original proposal was, said Tuohy, because of the acceptance that “quite a gulf” exists between the top and bottom junior clubs at present.

The exception to this rule would be Castlebar Mitchels B, who won promotion from junior A this year and will still play intermediate football in 2020. Promotion and relegation between junior and intermediate will remain largely unchanged; the winners of the junior 1A championship will go up to intermediate the following year and the club relegated from intermediate in a given year will play in the junior championship in the next.

It would also mean moving the mid-season break from its current position around the August Bank Holiday weekend to earlier in the year, with Tuohy suggesting the period between June 28 and July 12 in 2020.

Outlining the advantages of the proposed new structure, Tuohy said that having all league games played prior to the start of the championships would lessen the likelihood of games being conceded and give extra status to the leagues. He said it would give clubs more certainty around championship dates, something that was asked for by clubs in the consultation meetings, and would also eliminate the existing gap between the first and second rounds of the senior and intermediate championships (a period of over four months in 2019), which can make the championship feel “like two different seasons.”

When asked if the consultation process had thrown up any disadvantages of the new format, Tuohy conceded that the CCC did anticipate some “teething problems” in the first year.

“There will be pressure in the first year,” said he, “especially on the junior A and junior B competitions.”

He added that, should the clubs wish, the option is there to run the new format on a three-year trial basis before reassessing.

Tuohy said the CCC would be led by the clubs on the matter and encouraged delegates to discuss the proposal with their clubs before the final vote is taken at tonight’s (Monday) County Board meeting, which is to be held without any media present.