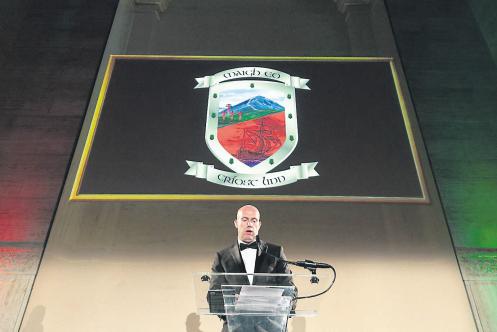 The Mayo County Board are to hold a ‘behind-closed-doors’ meeting with club delegates next Monday evening with no media access to go through in detail the issues arising from the recent controversies involving the County Board and the Mayo GAA Foundation and its founder, Mr Tim O’Leary.

In the letter read out and circulated to club delegates, the County Board acknowledged the receipt of a donation of €150,000 from Mr O’Leary to Mayo GAA in 2018. It said that receipts were provided to Mr O’Leary explaining how that money was spent and said that the County Board stands over that explanation.

Regarding the outstanding sum of €250,000, the letter read: “Mayo GAA Board are delighted to have the assistance of such a supporters network, provided that there is a clear understanding that all funds raised are under the umbrella of Cairde Maigh Eo. As you will be aware Mayo GAA Board has one fundraising arm and that is Cairde Maigh Eo.

The letter went on to say it was made abundantly clear to Mr. O’Leary that monies raised in the name of Mayo GAA at the Foundation gala dinner must remain within the control of the Mayo GAA County Board.

The letter also denied that the Mayo County Board made a commitment to provide ten All-Ireland final tickets for auction at the gala dinner. It said that the County Board committed to providing two tickets, which were provided.

In conclusion, the letter stated that: “The County Board looks forward to the receipt of €250,000 raised on behalf of Mayo GAA County Board by the Foundation.”

No questions were taken from delegates on the statement, with County Board Chairman Mike Connelly saying that, on legal advice, the Board would debate the matter fully with delegates behind closed doors and with no press in attendance at another meeting on Monday night.