The scale and extent of Tesco Ireland’s proposed upgrade to its Ballina supermarket are as yet unknown to local councillors and officials of Mayo Co Council. 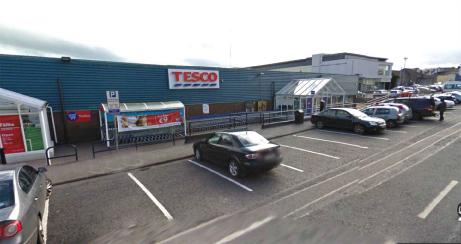 Tesco Ballina is to be redeveloped.

The UK retailer confirmed last week it has initiated talks with the local authority ahead of applying for planning permission to upgrade the exterior of its supermarket on Market Road and significantly enhance its interior.

It would seem that this would amount to a less ambitious project than the proposal for which the company obtained planning permission in January 2015 which provided for a €15m project involving the construction of a new supermarket, cafe, public toilet and link road between Market Square and Pearse St.

The development was expected to take in some of a bank of town centre lands that had been acquired by compulsory purchase order by Mayo Co Council but the new store never materialised.

Tom Gilligan, Mayo Co Council’s director of services for the Ballina Municipal District, stressed that the local authority has not yet had an opportunity to view Tesco’s new plans but is looking forward to working with the company.

Local Cllr Mark Duffy remarked that any scaling back of the 2015 proposal might represent an opportunity for Ballina to maximise the potential of its town centre lands by way of a public/private partnership that would create employment and stimulate regeneration.

He credited the company’s latest development announcement to the 700 people from north Mayo and west Sligo who had recently signed a petition calling on Tesco to provide a better environment for its staff and customers in Ballina.

“It proves when we, as a community, work together, campaign together and let our voice be heard people will sit up, take note and deliver for our area.”