Mayo tour guide Derek Davidson was one of the many lucky people to report a remarkable celestial event in the night sky yesterday evening, Monday, October 28. 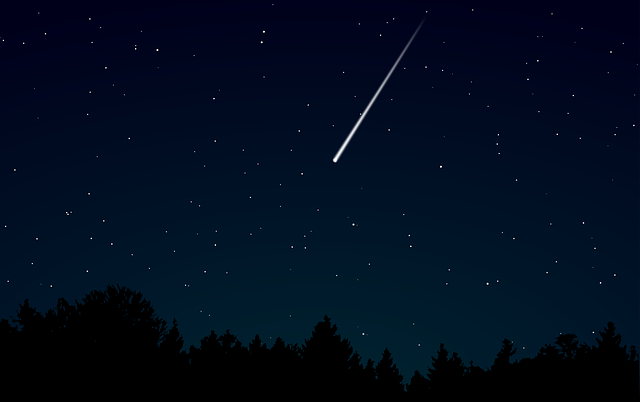 Derek, who moved to the Lahardane area from London some 20 years ago works as a tour guide and has become one of the county’s greatest tourism advocates.

His job allows him experience the wonder of the great Mayo outdoors on a regular basis but he just happened to be making his way across his garden towards his house at 6.50pm last night when he witnessed what many observers believe was a meteor.

Derek told the Western People that he is still a little in awe over what he experienced last night. He actually doubted what he had seen until he went online and quickly discovered that many other people around the county and the country were reporting similar sightings at the same time.

Some people were even lucky enough to capture the event on camera and dash cam but Derek says the footage does not really do justice to the actual event.

He explained that from his vantage point the alleged meteor crossed from east to west over the Windy Gap at horizon level:

“It was like a really bright blue light, turning to green and it lasted about five seconds. I actually thought it might have impacted somewhere in the Newport area but when I went online afterwards I knew that was not the case because people had seen it all over the country.”

Derek the research he has undertaken in the interim suggests that the object may more likely have been space junk than a meteor.

Last night is not the first time Derek has witnessed something of this nature in Mayo’s night sky and he predicts that the viral coverage of the incident online will do a lot for Mayo’s tourism profile and its reputation and that fact that it is home to one to Ireland’s first International Dark Sky Park, showcasing some of the darkest, most pristine skies in the world.