Couple dies within weeks after 75 years of marriage

A Kilkelly couple who were married for 75 years have passed away within six weeks of each other. 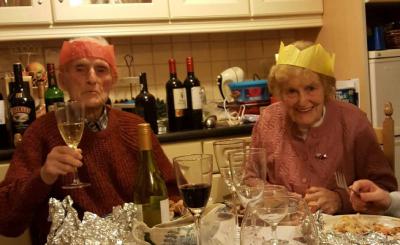 Bill and Mary Hunt loved nothing better than celebrating special occasions with their family.

Bill and Mary Hunt of Derrynalecka were rarely seen without each other and when Bill celebrated his 100th birthday this year his wife, who was four years his junior, was by his side.

Bill passed away on September 7 last, leaving a huge void in the family home and without her life-long companion Mary (née Lavin) died on October 22 and was laid to rest in Culmore Cemetery on Thursday last.

The couple, who were natives of Derrynalecka and Midfield respectively, were both in England during World War II but didn’t meet until they returned to Mayo. During the Christmas period of 1943, they were both at a dance in Midfield when their paths crossed. They were married two months later on Shrove Tuesday, the final day for weddings before the Lenten marriage ban. The couple settled in Derrynalecka and raised their family there. Bill’s 100th birthday was a big occasion in the town with young and old turning out to help him celebrate.

The couple are mourned by their sons William and Michael, daughters Josephine and Eileen, grandchildren, great grandchildren and extended family.

Mayo’s Covid-19 test centre may have to be relocated