Asylum seekers to arrive on Achill Island in coming days 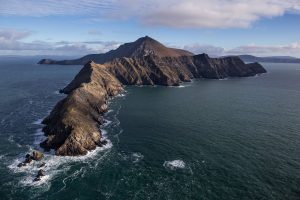 Locals on Achill Island say they have no issue welcoming asylum seekers into their community but are annoyed at the way the Department of Justice handled the impending arrival of 38 migrants to a local hotel. The migrants, whose nationality is unknown, are expected to stay on the island for a period of three months.

It was only last Wednesday when islanders learned that Achill Head Hotel in the seaside resort of Keel was to be used as a Direct Provision Centre, prompting local concerns about the suitability of the hotel and the surrounding area for the accommodation of large numbers of migrants. There was speculation the first group of migrants would arrive last Thursday but local councillor Paul McNamara confirmed via the Department of Justice that nobody would be sent to the hotel until department officials had liaised with the local community.

The plans became a little clearer on Friday morning when Cllr McNamara held talks with a representative from the department’s Reception and Integration Agency. He was informed that Achill Head Hotel is set to provide emergency accommodation for a period of three months for 38 male asylum seekers. Twenty are due in Achill on Wednesday next with the remaining 18 arriving next week.

Cllr McNamara said residents on Achill are angry that the decision was made without due consideration for either the community or the people availing of emergency accommodation.

“I would like to stress we as a community are in no way racist and take pride in welcoming everyone to our island. We stand united on the fact we are happy to integrate asylum seekers looking to start a new life into our villages and local schools in a different manner,” he said.

Cllr McNamara was also told the Reception and Integration Agency works closely with the HSE, which is supposed to inform GPs in the area about an influx of people. However, he spoke with local GPs who confirmed they were not made aware of the arrival of the asylum seekers.