When Mr Paddy Cowley, secretary of the Sarsfields GAA club, accommodated a meeting of up to 40 youthful boxing enthusiasts from the Ardnaree side of Ballina some 70 years ago, little could he have imagined the seed he had sewn in North Mayo. 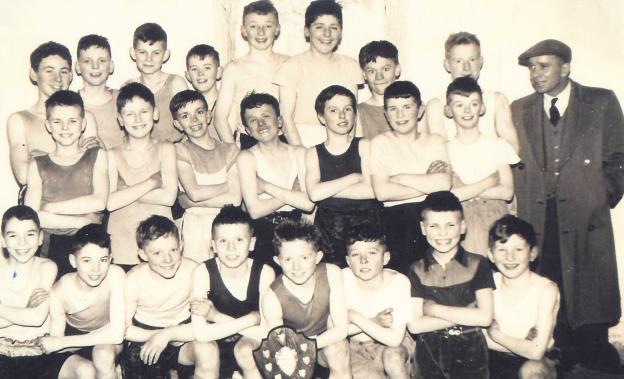 It did not take long for the seed to grow and develop. In fact, it blossomed within a few short years with the Ardnaree club quickly establishing itself at the summit of boxing in Connacht.

In the years and decades that have rolled by since, the club from humble beginnings in Wades Hall has developed a reputation for greatness and as one of the most prominent centres in the country, capturing national titles in every decade.

The influence of the legendary Connacht champion, Steve Kennedy, bore almost immediate fruit. The first Connacht titles arrived in 1951 when founding member Anthony Kilcullen won the junior welter crown at Salthill and just five years later, the first national title was won by the club when Noel Coggins created a piece of history.

That was in 1955, the same year Ardnaree embarked on a remarkable run of success at the Connacht championships, winning the coveted Perry Cup for the first time. They went onto win the cup for the next eleven seasons before being presented with it outright.

Nine further national titles beckoned for the club of the 1950s, thanks to the great Barry Donnelly, who won three titles, two for Paddy O’Hora and one each for Georgie Armstrong, Noel Leonard, Eugene McCaffrey and Basil McHale.

Under the guidance of Mark McDonnell, the plaudits and glory continued and, in 1968, Frank Melia won another national title. Frank won again in 1970 and ’71, a year his brother PJ also achieved national glory. In 1973, Brian O’Donnell won his division outright.

John Barrett did the honours in the 1980s, winning at youth level. Six titles arrived in the 1990s, four from the great Paul Quinn and two from Jason Muldoon with Gerry Casey, Gerry Geraghty and Alex Corduff winning in the new millennium.

In more recent times, the titles have been won by ladies. Abbie Commiskey, Cathy Higgins, Belinda Stephens and Sophia Elstone took home the coveted gold medal while Eric Nash and Martin Collins were also hailed as heroes after their national exploits. Cathy Higgins is a European bronze medal winner and is now giving back to the club as a coach.

While winning national titles may be a measure of success, Ardnaree has prided itself most in its promotion of every aspect of the sport over its 70 year existence.

While they have won 42 national titles, over 450 Connacht titles and over 600 Mayo titles, more significantly some 2,500 youngsters have passed through their doors. They have promoted inter-county shows, inter-provincial tournaments and the annual Mayo awards dinner for over 30 years. They have promoted several international competitions against teams from England, Scotland, Wales, Canada and Malta bringing much-needed revenue to the area.

Fiona Hennigan, club secretary for nearly 20 years, was one of the first females in the country to pass her refereeing/judging exam, has represented Ireland at multi-nations, European and World Championships, is on the national referee/judge panel and is the current vice-President of the Connacht Council.

At this year’s AGM of the IABA, Fiona became the first woman from the West of Ireland to be elected onto the Central Council.

Joe Hennigan, President of the club, was the first Mayo official to be elected onto the national body of the IABA where he has served as registrar and in more recent times as vice president. He has been a team manager for over 25 years, travelling with senior, youth and junior teams to European and World championships.

A total of eleven Ardnaree boxers have earned the privilege of representing their country.