The young members of the Kilmoremoy Kids Drama Group in Ballina were probably non too impressed when their director Jack Cronin (15) called an impromptu rehearsal this evening. 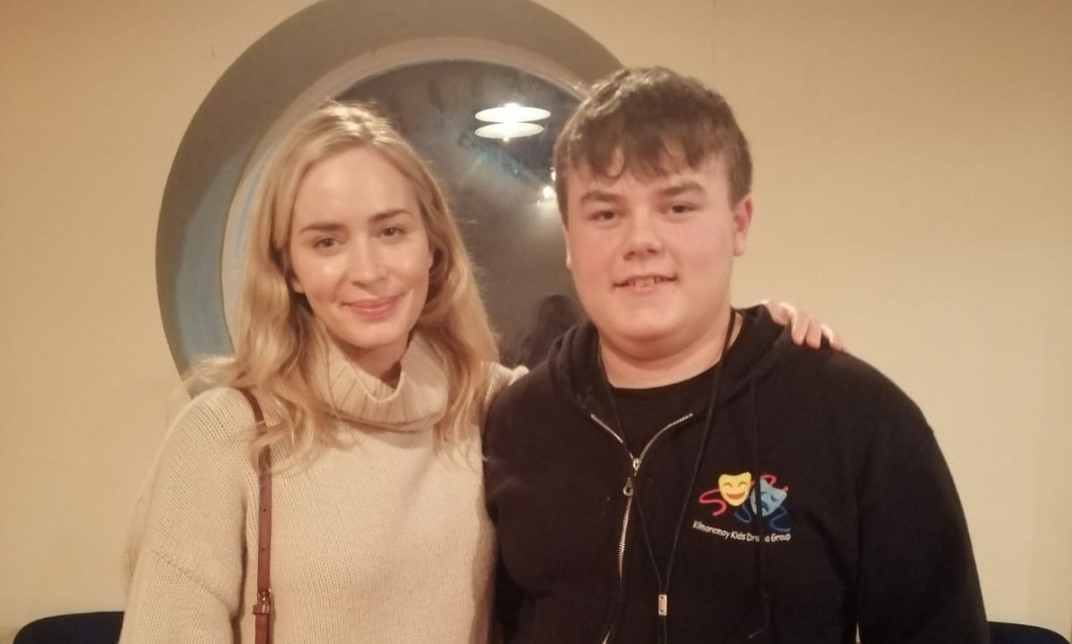 What they did not know was that Jack had a very big surprise in store.

Actress Emily Blunt was coming to meet them.

The group has been staging charity musical productions under Jack’s direction for the last three years and this year’s show just happens to be based on the smash-hit musical and movie, “Into the Woods” which stars Emily Blunt.

When news broke several weeks ago that Emily was coming to Mayo to film the movie “Wild Mountain Thyme” alongside Jamie Dornan, Jon Hamm, Christopher Walken and Dearbla Molloy, the Kilmoremoy Kids Drama Group committee resolved to do everything in its power to try to get the famous actress to meet the incredible young members of the group who give of their time and talents for free each year to raise money for some very deserving causes.

Several weeks of investigation ensued with committee members delivering letters to various locations in the Ballina area where the “Mary Poppins Returns” actress might be likely to receive them.

In the end, Jack Cronin’s father, Paul, was lucky enough to encounter Emily and her fellow cast members at a folk session in Keane’s Pub in The Quay where she confirmed that she had received the messages and would endeavour to meet the group.

There was no further word until lunch time today when Jack’s phone started to ring.

“I nearly didn’t answer it because I was in the middle of eating my lunch but then I asked my dad to answer it for me in case it was important,” Jack explains. 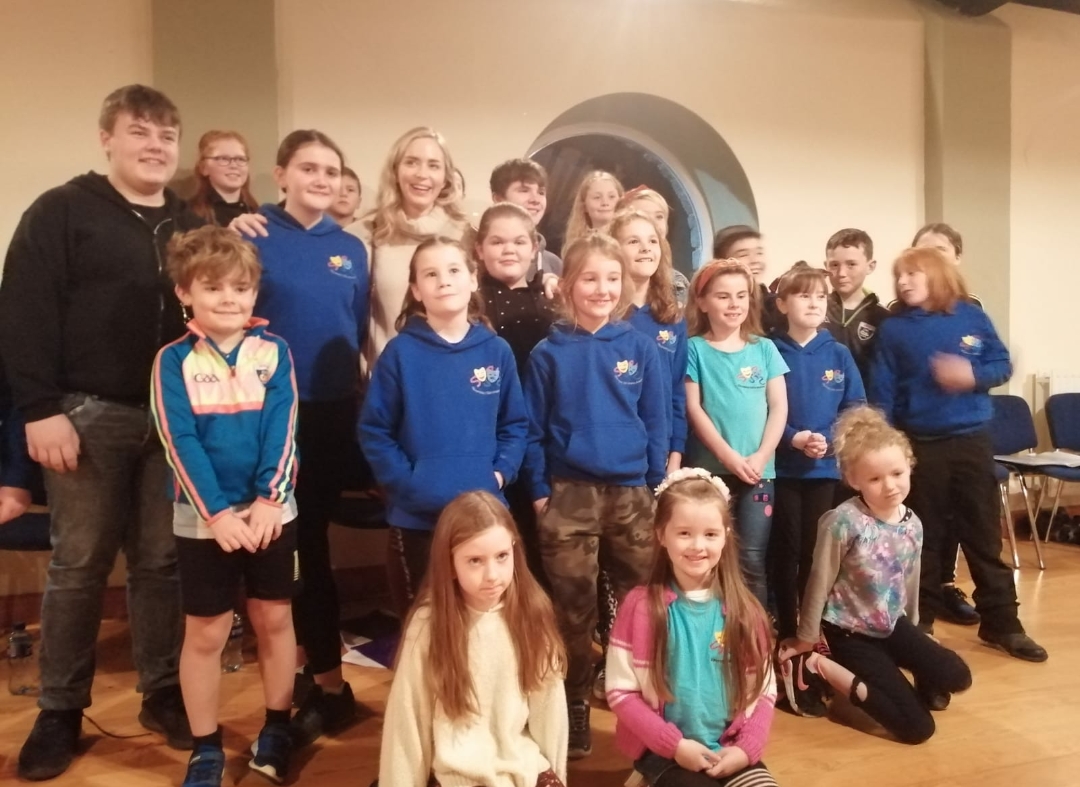 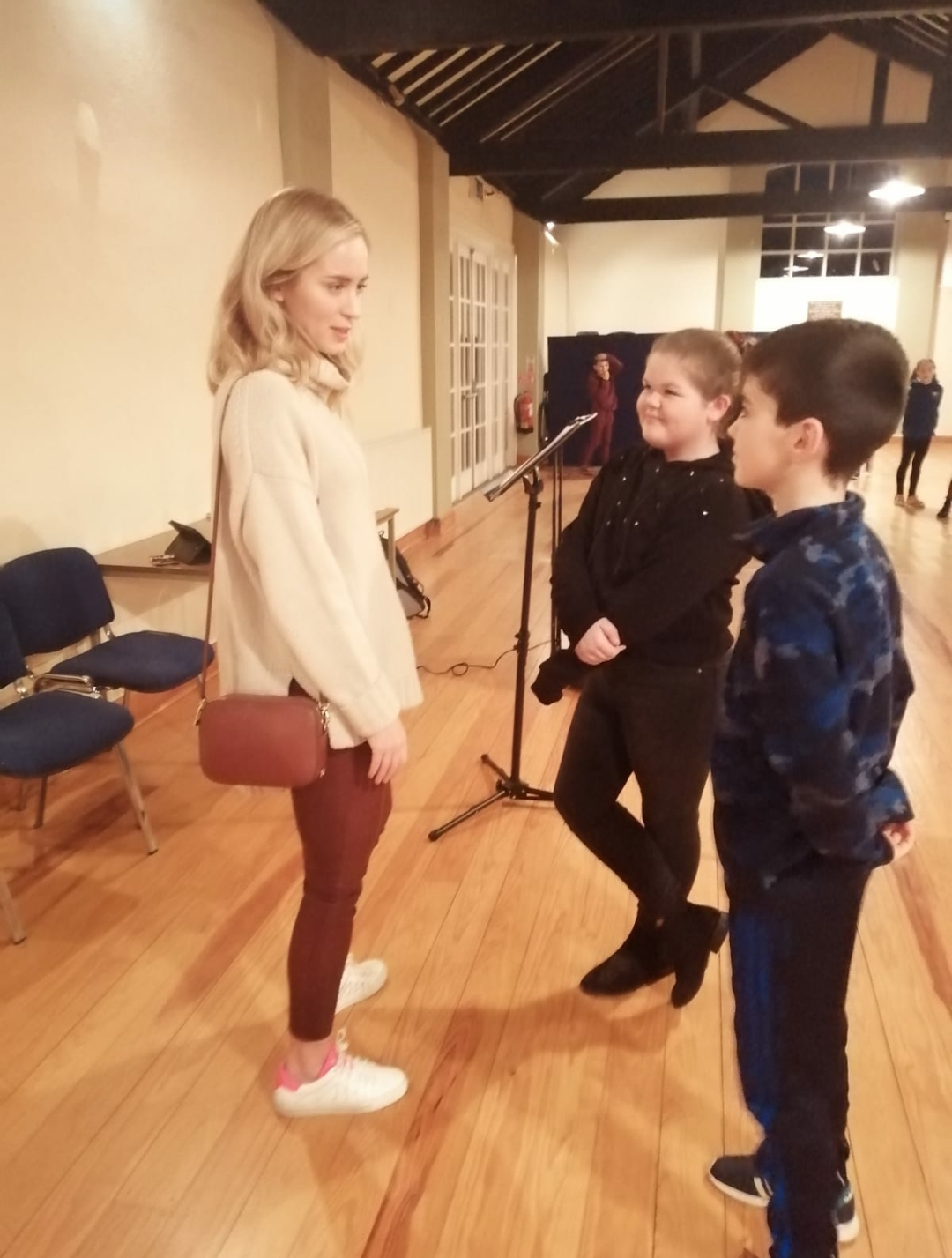 Panic stations ensued thereafter as Jack endeavoured to arrange a last-minute rehearsal at 6pm and convince his young cast that they really should attend.

They were in the middle of running through their finale scene when Emily walked in the door, leaving the children dumbstruck.

“She was very good and very kind. She was talking to all the kids and took photos with them all and asked to see another scene from the show. She spent about half an hour with us altogether,” Jack told the Western People.

The evening has left the Kilmoremoy Kids Drama Group members walking on air as they face into the final rehearsals for their show, “Into the Wood”.

The production will be staged in Ballina Arts Centre on Saturday, November 23 at 7.00pm and Sunday, November 24 at 2pm with all proceeds going to the local St Dymphna’s and St Nicholas’ Special Schools.

These shows always sell out fast so book now to avoid disappointment via www.ballinaartscentre.com or by calling (096) 73593.