The visitor centre at Wild Nephin Ballycroy National Park celebrated its tenth anniversary at the weekend, a feat achieved through the backing of the Ballycroy community. 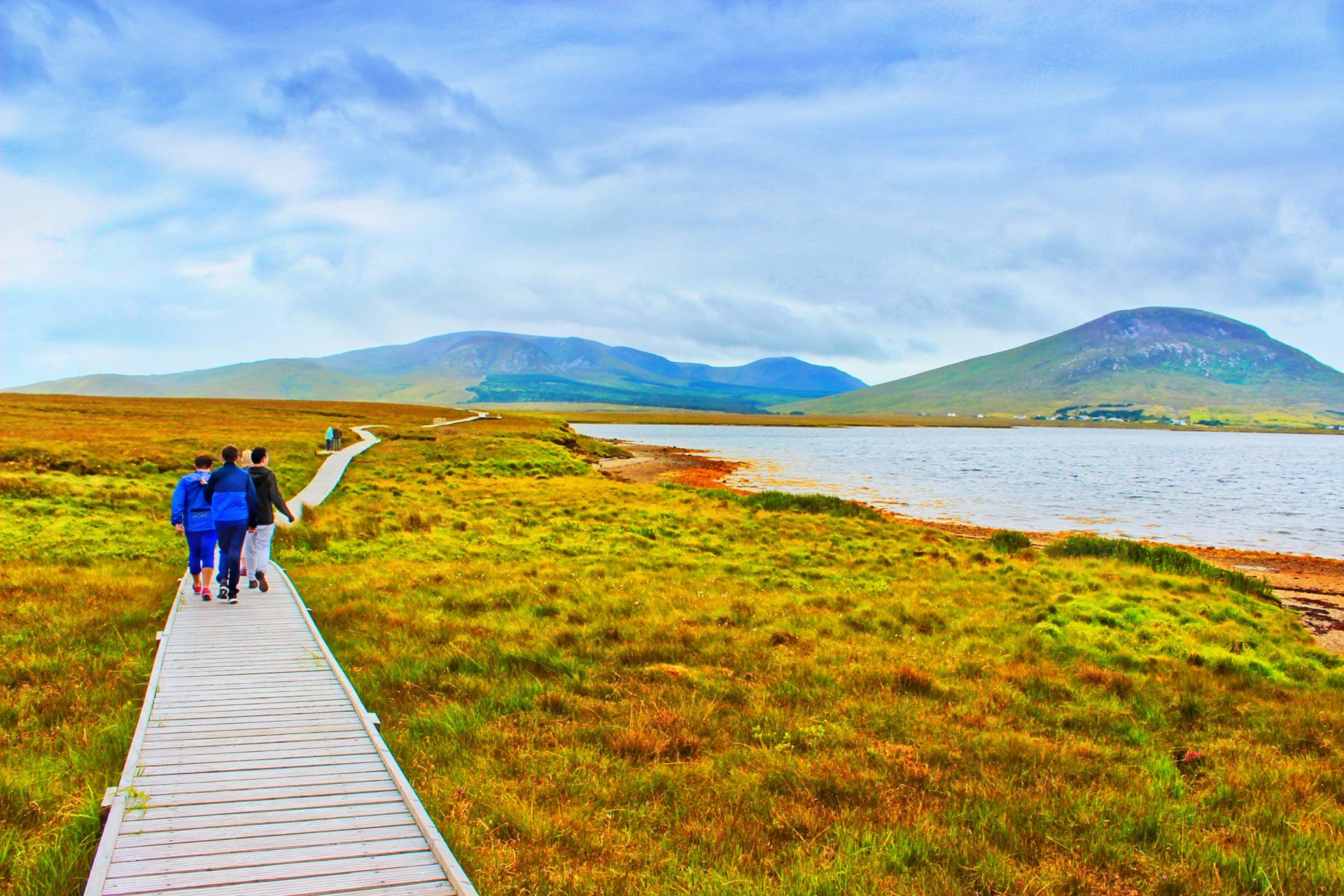 The boardwalk in Ballycroy National Park.

Denis Strong, National Parks and Wildlife Service (NPWS) divisional manager for the west, told a tenth-anniversary ceremony on Friday that it has been a joy to witness and be involved in the “evolution of the centre”.

“This would not be here today if it were not for the goodwill of the Ballycroy community who helped get it over the line,” he said.

Mr Strong reminded visitors that the seeds were sown for this project when the country was in the depths of a recession and that the NPWS was very lucky to get funding. He thanked Mayo Co Council for being the “biggest supporter” of the park.

Minister of State for the Irish language, the Gaeltacht and the Island, Seán Kyne, visited the State’s third-largest national park on Friday to congratulate the “whole community” in making it a successful tourist attraction.

“In a rural area such as this, attractions like [Wild Nephin] play a huge role in terms of keeping people employed,” he said.

It is hoped to install a planetarium at the centre and funding has been awarded for the design process and feasibility study. Additionally, €2.1m was approved last year to extend the Great Western Greenway by 56km to incorporate the Ballycroy attraction.

With the park set on over 15,000 hectares of Atlantic blanket bog, Minister Kyne hopes the country will start to realise the “positive” contribution peatland can make in mitigating climate change. Untouched peatlands serve as sinks for atmospheric carbon dioxide, sequestering and storing carbon for thousands of years.

However, government official Niall Ó Donnchú said bogs are becoming vital to Ireland’s ecotourism industry but assured the community the department is “not in the business of stopping people cutting bogs”, adding: “It is very important for people to continue to have the right to extract peat and do it in a sustainable way.”

The centre also raised its green flag on Friday, which it received for the second time largely due to its wildlife-enhancing grounds management.