The Mayo senior footballers will take to the field at MacHale Park this Saturday evening for their last game of the calendar year against the Underdogs, a brand-new team of footballers who came together for TG4’s GAA show of the same name. 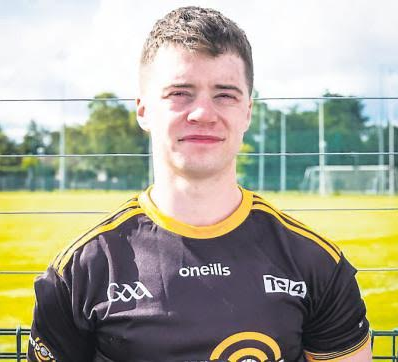 Mayo Gaels clubman Fergal Owens will be taking on his home county when the Underdogs go up against Mayo in McHale Park this Saturday evening.

Over the last few months, the Underdogs management team, made up of former Kerry manager and captain Mickey Ned O’Sullivan, former Donegal footballer Kevin Cassidy and former Cork ladies footballer Valerie Mulcahy, have assembled a panel of footballers that have the potential to take on an inter-county team.

The only rule for selection is that the players can never have played Gaelic football at a senior inter-county championship level. Every week, one or more player has been dropped from the squad and 28 have been picked to come to MacHale Park to take on Mayo in the ultimate challenge match this Saturday.

Last Thursday’s episode of the show saw the Underdogs take part in a training session at the Castlebar Mitchels training ground and the final panel was decided upon by the management team.

Among the players involved with the Underdogs is Mayo Gael’s corner-back, Fergal Owens. He spoke to the Western People and said he is looking forward to taking on his compatriots.

“It’s an absolutely massive thing to be playing the Mayo senior team at the end of all of this and as a Mayo man myself, it really is extra special,” said Owens this week.

“There are a lot of unknowns as we’re not sure yet how Mayo will line out, but on the other hand, it is great for the county overall that some young lads might get a chance.”

Fergal has been training since late April with players from all around the country at the National Games Development Centre at Abbotstown, Dublin. Throughout the show they’ve taken on unique challenges to prove they have the skill, athleticism and dedication to take on one of the best Gaelic football teams in the country.

Prior to this, he was chosen by the management team after a series of trials and has made it to the final 28 who will take on the reigning National League champions.

“I had seen something online about trials for the Underdogs, a friend tagged me in a post on Facebook about it and I said I’d go for the craic to see how I get on,” said Fergal.

“The beauty of it is that there are lads involved from all over the country and it’s been a very enjoyable process, it’s been brilliant. I think we have every chance of winning but it’ll be interesting to see how we get on.”

There will also be a warm-up game involving Mayo GAA legends from the 1996 and 2006 teams, although final details of the players involved have yet to be revealed. That will throw-in at 6.30pm on Saturday evening with the Underdogs v Mayo throwing in at 8pm. Tickets are now available for the game from tg4.ie/underdogs. Tickets are €10 for an adult and children go free.