Chambers holds her hands up over voting incident

Fianna Fáil TD Lisa Chambers has apologised for the ‘silly’ error that has seen her embroiled in the Dáil voting controversy.

“I made a mistake. I’m a human being it happens. I hold my hands up and it was just unfortunate it happened when it happened,” Deputy Chambers told the Western People today.

The Castlebar TD said she made a mistake when she accidentally recorded a vote in party deputy leader Dara Calleary’s name last Thursday. 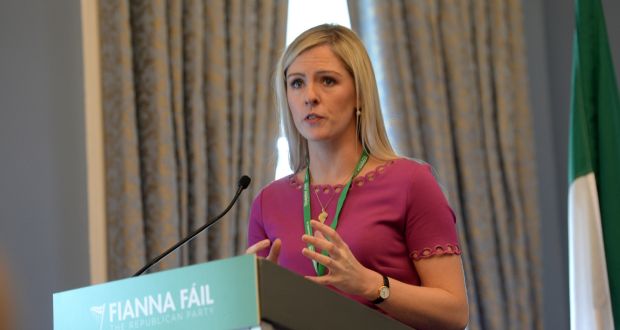 “I genuinely thought it was insignificant. I remember at the time looking up and the vote was lost by something like 40 votes, it was a huge loss, it wasn’t a contentious one, it wasn’t like it was really tight. And I thought, ‘it’s fine,’ as in it made no difference to the result and I left it but I absolutely should have corrected it. It makes no difference that it was an insignificant error it was an error that should have been corrected and I fully accept that,” she added.

Fianna Fáil TDs Timmy Dooley and Niall Collins have stepped down from the front bench over the Dáil voting controversy.

Deputy Dooley was recorded as voting on legislation six times despite not being in the Dail chamber. Mr Collins admitted he voted on behalf of Mr Dooley last Thursday and claimed he did so without his colleague’s prior consent. Mr Collins said he registered the vote as he believed Mr Dooley was still in the chamber but had stepped away from his seat.

Fianna Fáil Leader Micheál Martin has accepted Lisa Chambers’ explanation of her voting actions in the Dáil last Thursday, and has indicated that the Mayo TD, unlike her colleagues Niall Collins and Timmy Dooley, will not face any sanction.

“I can’t speak for my colleagues but I do think it’s a different situation. I had one error on one vote and I moved seats immediately when I realised and I explained exactly to Micheal Martin and to Dara (Calleary) and they completely understood. When you are in and out of the Chamber and you know the setup, all the seats look the same. The row was empty and I sat into the wrong one. It can happen. It was a genuine mistake, silly, but it happened and I have to deal with that and take it on the chin,” said the party’s Brexit spokesperson.

Ms Chambers said she believes similar errors have been made in the past.

“There are definitely been times when people have pressed the wrong button, they might have pressed Níl instead of Tá or Tá instead of Níl or they have sat in the wrong seat. It has definitely happened but I should have gone to the teller and said, ‘Can you change that?’ or have raised the error and that was a mistake and I take full responsibility for that.”