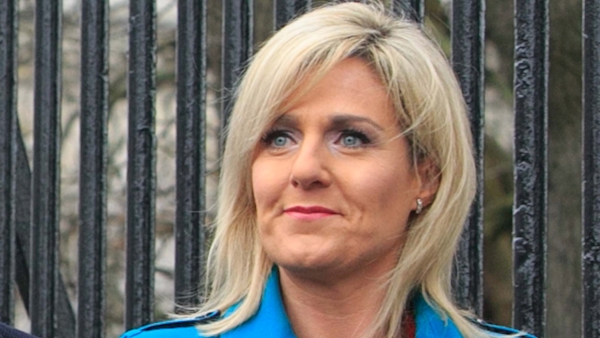 Tánaiste Simon Coveney has reaffirmed his support in Maria Bailey following reports of a motion of no confidence tabled against the TD within the party.

The motion was tabled against her in her own constituency of Dún Laoghaire and was brought by senior figures in the party following her compensation case this year.

Ms Bailey had lodged a case against the Dean Hotel in 2015, the year before she became a TD. The case related to a fall from a swing, which Ms Bailey said happened in part because she was not properly supervised at the time. Earlier this year she dropped the case.

It is believed party members said her personal injury claim will cause further damage to the organisation.

Mr Coveney told the Today with Sean O’Rourke show this morning on RTÉ Radio 1 that “the motion failed” and that the electorate will ultimately have their say.

The motion has been deferred to a later date.

The Tánaiste said: “Maria Bailey is somebody who has paid a very, very heavy price for making a mistake… and she continues to pay that price.

“She is a very hard-working TD, she has been selected to represent Fine Gael in the next General Election, she is looking to rebuild her career and is working extraordinarily hard to do that.”

He spoke of disciplinary action having been taken, saying the party has had a “detailed, internal investigation” and encouraged people to have a sense of fair play.

Mr Coveney said: “There is a need for fairness here. When people make mistakes, particularly in politics, of course there is a consequence for that. I would encourage people to have some sense of fair play here, in terms of proportionality as regards the consequences of Maria’s decision for her.

“They have taken an extraordinary toll on her personally and her family.

“She has paid an extraordinary price for a mistake and is trying to move on.

“The Maria Bailey I know is somebody who would desperately like to rewind the clock on some of the choices she made.