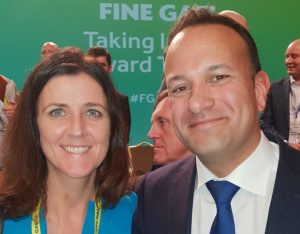 The Ballina Senator was among six TDs and Senators who were found to have made ineligible claims in 2017 following the audit by accountancy firm Mazars.

Senator Mulherin repaid €2,000 following the audit but disagrees with its findings.

“I have 100 per cent vouched for all expenditure incurred by me under the Public Representation Allowance (PRA). The vouchers were for the advertisement of clinics in the Western People and other local newspapers to meet the public to discuss issues of policy and legislation and for room hire for this purpose. Clearly, I have not gained personally from this,” said Senator Mulherin.

She contended the auditors reliance on PRA guidelines was an error.

“I believe the auditors have erred in law by relying on PRA guidelines drafted up by the Houses of the Oireachtas Commission which are in conflict with the actual regulations which establish a legal basis for the PRA and have primacy. I have senior counsel’s opinion supporting my position.”

The Fine Gael representative said the guidelines are inhibiting senators trying to carry out their duties.

“I have made a complaint to the Ceann Comhairle pointing out the need to correct the PRA guidelines. This is an issue affecting not just me but all senators in the ability to do their duties. There are some who would like me to stop having clinics, but they won’t succeed. I have repaid in full the sum sought.”

Six TDs and senators have had to refund almost €10,000 in expenses after the independent audit found they could not be justified due to a lack of evidence.

It found that Fine Gael TDs Maria Bailey and Alan Farrell made ineligible claims amounting to €6,000.

The politicians were forced to hand back the money because they could not show receipts or supporting documentation to validate amounts paid to them during the period under audit. All six politicians have repaid the expenses to the Oireachtas.

The audit said that 16 out of the 22 members selected for audit were able to show receipts or relevant documentation for their expenses.