An Italian-based designer, who worked from some of the biggest fashion houses in the world, was laid to rest in his hometown of Ballyhaunis last week. 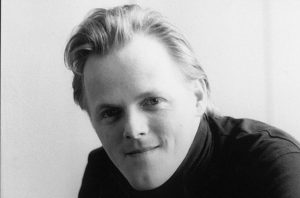 James Waldron worked with some of the most renowned Italian fashion houses during his three decades in Milan.

James Jarlath Waldron, who was based in Milan for more than 30 years, passed away after suffering a stroke at his home in Italy in late September.

The 54-year-old had worked for Armani and Cavalli and dressed numerous Oscar and Emmy Award winners as well as being a stylist for the Spice Girls.

Speaking at his funeral Mass in St Patrick’s Church in Ballyhaunis last week, Mr Waldron’s brothers Martin and Paul said everyone could see from an early age that James was creative.

After four years in the National College of Art and Design in Dublin he immediately left for Milan and there he “reached the heights of the fashion world”.

Despite being surrounded by some of the world’s most famous fashion names, Mr Waldron had no ego and was “gentle and generous”.

He took great pleasure from his teaching work and was an external examiner for the National College of Art and Design as well as a mentor for the Irish Crafts Council.

“He was a genius but people just knew him as James here,” his family remarked. “He led a very simple life compared to those who surrounded him in Italy.”

One Christmas morning he took a call from Geri Halliwell of the Spice Girls thanking him for all his help that year. However, he didn’t live for fame but rather the pleasure of seeing his designs come to life.

“He lived for the products he created to be worn and appreciated; that gave him enormous pleasure,” the congregation heard.

In a recent interview, Mr Waldron described his passion for fashion design.

“My job is all about looking for things, discovering and exploring. I suppose we live in a very narcissistic society and my job is not to be narcissistic – it’s to be constructive creative and ordered and I have to bring results to companies at the end of the day and the passion that I have has been my guiding light for many years,” he said at the time.

Despite his busy lifestyle, Mr Waldron never lost touch with home and was a regular visitor to family in Ballyhaunis, spending time at home as recently as this summer.

Mr Waldron was predeceased by his father Noel. He is survived by his mother Mary, brothers Martin and Paul, sister-in-law Natasha, brother-in-law lain, niece Emma, nephews Simon and Philip and extended family.